Cayetano lashes out at critics: ABS-CBN franchise issue ‘not about silencing media’ 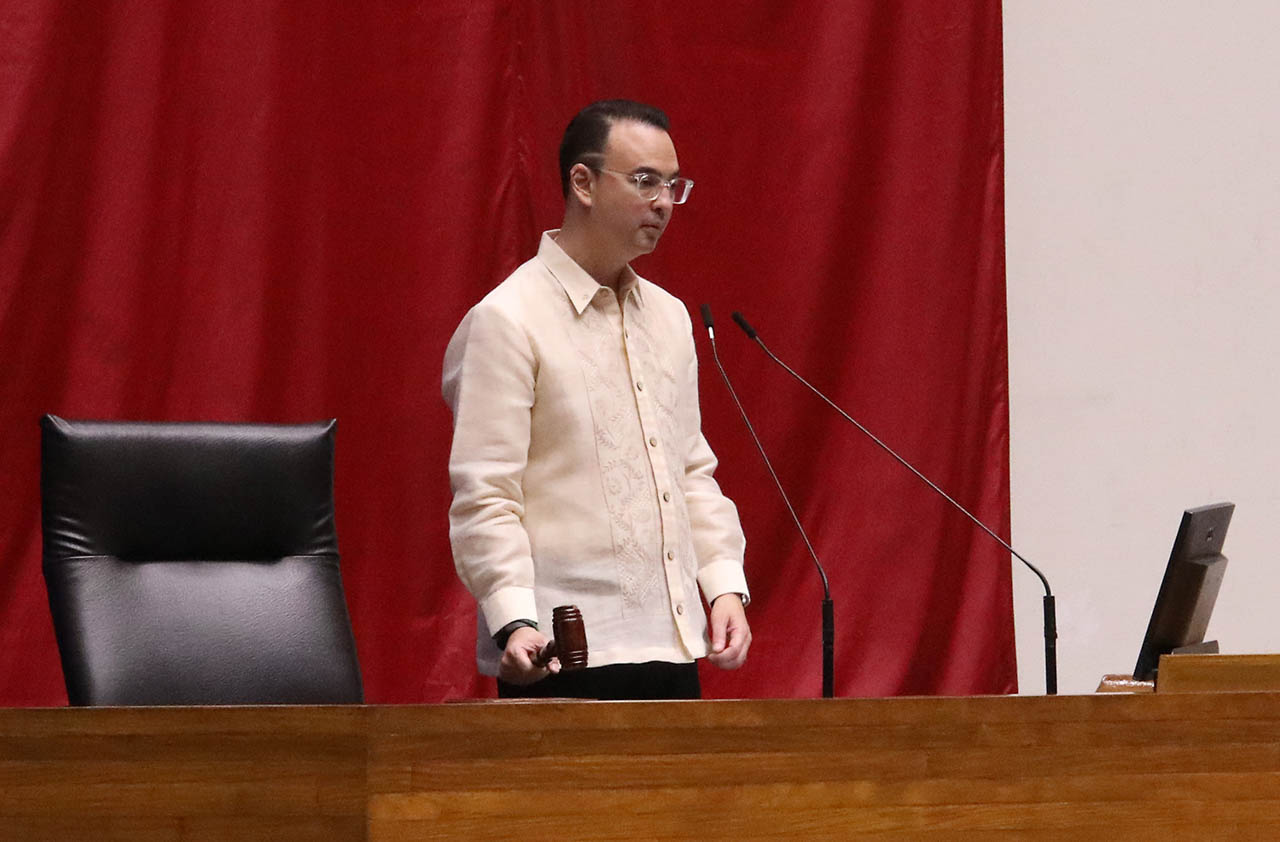 MANILA, Philippines – Speaker Alan Peter Cayetano did not mince words against those criticizing him for the shutdown of ABS-CBN, arguing the issue surrounding its expired legislative franchise is “not about silencing media.”

In an hour-long speech on Wednesday, May 13, the Speaker said press freedom was not curtailed because ABS-CBN – even after it was ordered to shut down by the National Telecommunications Commission (NTC) – was still able to air its shows on social media.

“The fact that ABS-CBN is still able to broadcast its content even after its franchise has been peremptorily terminated shows that this issue is not, nor has it ever been, about silencing media nor curtailing the freedom of the press,” Cayetano said.

“Just look at the social networking platforms and you will see that those freedoms are alive, well, and undeniably thriving in the Philippines,” he added.

The top House leader was sponsoring before his colleagues, convened as the committee of the whole, a bill seeking to grant ABS-CBN a provisional franchise valid until October 31, 2020. The measure was approved on second reading on the same day.

Cayetano dedicated much of his speech to defending why the House delayed hearing the bills that would have renewed ABS-CBN’s franchise – which expired on May 4 – arguing there were other administration bills to prioritize.

But he also spent time addressing his critics one by one, from journalists calling for ABS-CBN’s franchise renewal, to Solicitor General Jose Calida, who had pressured the NTC against issuing a temporary permit to operate to the media network.

The Speaker first slammed Calida and the NTC for the “furtive manner by which you deliberately and maliciously undermined the authority of Congress.”

He then zeroed in on journalists and accused some of them of being “bad eggs” who were supposedly using the ABS-CBN franchise issue for their own personal agenda.

He even went as far as calling them “propagandists.”

“I even respect that you put the blame on me, on Alan Peter Cayetano personally. But when you blindly call for the approval of the franchise without having heard all the sides of the story, then you show yourselves not as advocates of fair and balanced presentation of facts, as is taught in all the schools that teach journalism, as journalists are sworn to, but you simply become plain and simple propagandists,” Cayetano said.

Cayetano did not stop there. He also accused unnamed members of ABS-CBN of using the network to allegedly meddle in past elections.

(Some may say that they are in the Service of the Filipino people, but in the middle of a calamity, you want us to prioritize you than the rest of our countrymen. But you are one of the reasons why there are issues with your network. In the eyes of some, there is clear bias and meddling in the elections, which is against the law. And you used this network – in 2004, 2010, 2016, and 2019.)

The Speaker was alluding to the ABS-CBN tagline, “In the Service of the Filipino.”

(Then you’re going to cover this up by saying it is against press freedom. We’re not saying all journalists do this, but just like the times you say all politicians are corrupt, all police officers are abusive – the whole institution is affected by these wrongdoings.)

He also turned his attention to ABS-CBN celebrities who have been lamenting the shutdown of their network.

“Please be reminded that loyalty to the company that has given you a good life is important, but you cannot cry injustice and blame public servants when you lose your paycheck or your show, yet not take notice of the fact, yes the fact, that there are grave issues against your network,” Cayetano said.

The Speaker then told ABS-CBN’s management that they need to answer all allegations against the network once the House resumes their hearings.

“There is no question that you have been part of nation-building. But as you said yourself, you are not perfect. I agree. No one is. And that is why we need these hearings,” Cayetano said.