May 14, 2020 8:13 AM PHT
Marchel P. Espina
Facebook Twitter Copy URL
Copied
The first casualty was radio reporter Cornelio Pepino, also known as 'Rex Cornelio,' who was killed on May 5 at the national highway in Barangay Daro, Dumaguete City 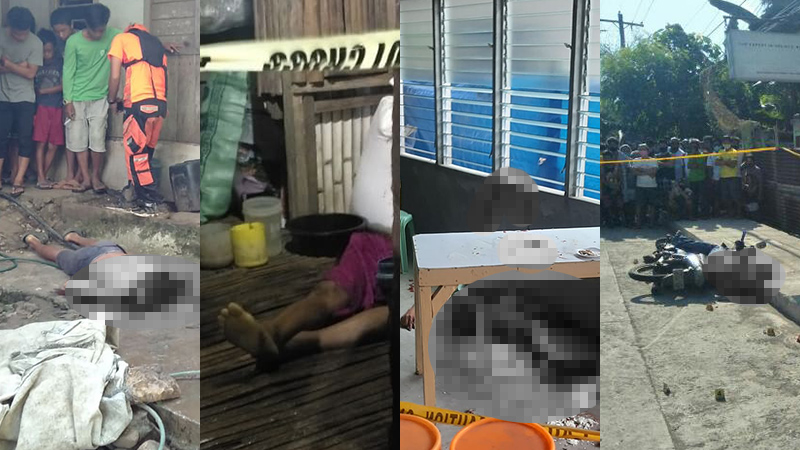 BACOLOD CITY, Philippines – Killings are again on the rise in Negros Oriental despite the coronavirus lockdown.

In the span of 9 days, a total of 7 persons, including a radio broadcaster, were killed in separate shooting incidents in the province.

Five of the killings were in Guihulngan City alone.

The first casualty was radio reporter Cornelio Pepino, also known as “Rex Cornelio,” who was killed on May 5 at the national highway in Barangay Daro, Dumaguete City.

Pepino, 48, and his wife were aboard a motorcycle on their way home to Sibulan town when the two motorcycle-riding suspects shot him.

He was rushed to a hospital but was declared dead upon arrival.

Three days later, on May 8, Joseph Romano, 48, died on the spot after he and his companion were waylaid by two unidentified men on a motorcycle at Barangay 2 in Bais City.

A report from the Negros Oriental Police Provincial Office said the victims were on their way to the Civil Security Office for work when the suspects tailed and shot them.

Later in the afternoon, in Guihulngan City, Franie Avanceña, 56, was shot dead by unidentified motorcycle riding suspects at Barangay Basak.

The victim was sitting at a waiting shed when he was attacked. He was rushed to the hospital but did not make it.

Based on the Guihulngan City Police Station’s records, the victim was a drug surrenderer in 2016, but was arrested in 2018 for drugs. He was able to post bail for his temporary liberty.

On May 10, Dante Jimena, 44, was killed inside his home at Barangay T-Hill in Guihulngan City.

Police reports indicated that the victim was found lying on the floor with several gunshot wounds.

Initial investigation showed that the victim was cooking inside his house when he was killed.

After an hour, still in Guihulngan, Feliciano Mahinay Jr., 48, of Barangay Trinidad was shot dead by an unidentified man after he went out of their house to wash his hands.

The victim had just finished eating dinner with his family.

The victim was a caretaker at the farm of a village councilman, who was a former member of the Citizen Armed Force Geographical Unit.

The victim, along with his brother, was having a meal at an eatery when the suspects shot him. He was brought to a hospital but was pronounced dead upon arrival.

He was co-owner of a security agency based in Dumaguete City.

A day after, on May 13, Barangay Planas Councilman Elpedio Mahinay, 65, was killed in his village by suspected communist rebels.

Police reports said the victim was tending to his cow at his farm when he was attacked by the suspects.

Last year, at least 21 people were also killed in a string of shooting incidents in Negros Oriental in the span of 10 days, from July 18 to July 28. – Rappler.com