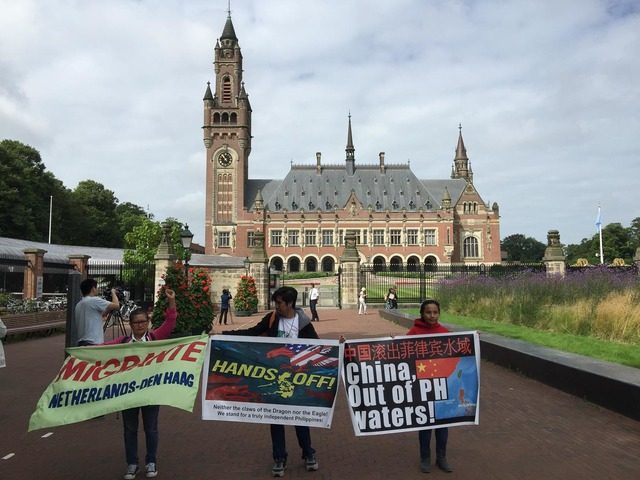 MANILA, Philippines – In the face of an Asian giant that continues to press its expansive claims in the South China Sea, maritime experts suggested Southeast Asian countries can find a rallying point behind the historic 2016 Hague ruling as a way to push back against China.

Dr Nguyen Hong Son, director general and head of the Diplomatic Academy of Vietnam’s Institute for the South China Sea, noted countries in the Association of Southeast Asian Nations (ASEAN) had begun a trend of citing the international tribunal’s ruling the Philippines had won against China when asserting the rule of law in the strategic waterway.

“It’s very important that the ASEAN countries bordering the South China Sea now talk about or recognize the tribunal’s ruling. ASEAN needs to encourage and promote that trend of relying more on the rule of the law of the sea,” Nguyen said during a forum on the South China Sea hosted by the United States embassy in the Philippines on Friday, May 15.

Maritime law expert Jay Batongbacal of the University of the Philippines echoed this, saying the Hague ruling could be an important mechanism ASEAN states could use to find common ground in the face of China’s expansive claims in the highly volatile waters.

“If the Southeast Asian nations continue on this track of continuing to invoke the ruling, relying on it, and essentially invoking it as the proper way to allocate jurisdictions…then hopefully that will provide a much longer term and much more stable solution to these disputes,” Batongbacal said.

Chinese activities have increased in frequency amid the coronavirus pandemic, prompting the Philippines, Malaysia, and Vietnam to formally protest actions taken by Beijing against their sovereign rights. These include the harassment of vessels, encroachment in countries’ exclusive economic zones, and naming of districts and features in the waterway, among others.

Nguyen said while it may be difficult to pin the increased actitivty on China directly taking advantage of the pandemic, “What we can say for certain is that China clearly wants to demonstrate that it is unimpeded by the pandemic and that it is emerging a winner over the pandemic, especially vis a vis the United States.”

Rule of law: The 2016 Hague ruling was a victory for international law as it asserted Philippine rights in the West Philippine Sea based on the United Nations Convention on the Law of the Sea (UNCLOS). It also struck down as illegal China’s 9-dash line, the argument it used to lay claim to virtually the entire South China Sea.

Yet,  Philippine President Rodrigo Duterte – under whose term the victory came after the Philippines’ filed its case in 2012 – has downplayed the victory in exchange for economic benefits from China.

Despite this, ASEAN countries have been citing the Hague ruling more frequently as a means to establish the rule of law in the high seas, Nguyen and Batongbacal said.

For one, experts noted the Philippines finally raised the ruling again in a note verbale submitted to the United Nations and a diplomatic protest filed against China this year.

“This is a remarkable event and we congratulate the Philippines for doing so. It shows the Philippines has not trashed the tribunal’s ruling as many suspected,” Nguyen said. 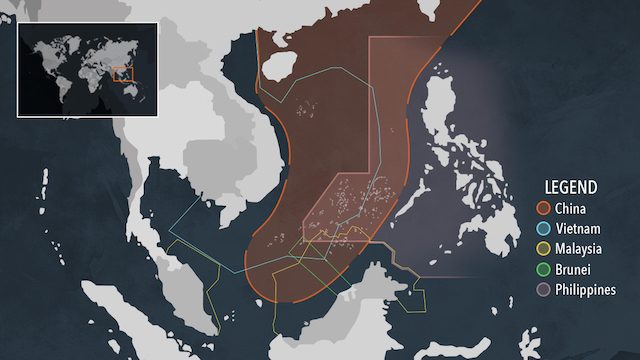 Aside from this, experts noted Malaysia also indicated it respected the tribunal’s ruling when it submitted its application to define the outer limits of its extended continental shelf. The same was true for Vietnam, which forwarded a note verbale to the UN on Malaysia’s application, recognizing and agreeing with findings of the Permanent Court of Arbitration in the 2016 tribunal award.

Nguyen noted even ASEAN countries which did not have claims in the South China Sea invoked the award.

This was seen when Indonesia cited the Hague’s 2016 decision which said there were no disputed waters between China and Indonesia when protesting the presence of Chinese fishing and coast guard vessels in the Natuna islands. Singapore’s defense minister also talked about the ruling during the annual international security conference in Munich, Nguyen said.

Why this matters. Batongbacal said the fact these countries raised the ruling on several occasions was “proof that it is still relevant and that the award does remain to be the basis for possible unity between the different Southeast Asian claimants.”

Nguyen added the trend should continue to build more consensus among ASEAN states and demonstrate a more regional approach could be taken with regard to South China Sea.

“We have to keep working on it and its really only China which is the one that has been resisting, but one thing that is very important to note is that it is able to resist because it sees the different Southeast Asian nations as being fragmented,” Batongbacal said.

Batongbacal suggested if ASEAN could find unity among their positions in the South China Sea, China will find itself faced with the need to adjust.

“They (China) themselves note that they cannot have a hostile neighborhood, especially a neighborhood that surrounds their entire southern coastline,” he said. – Rappler.com