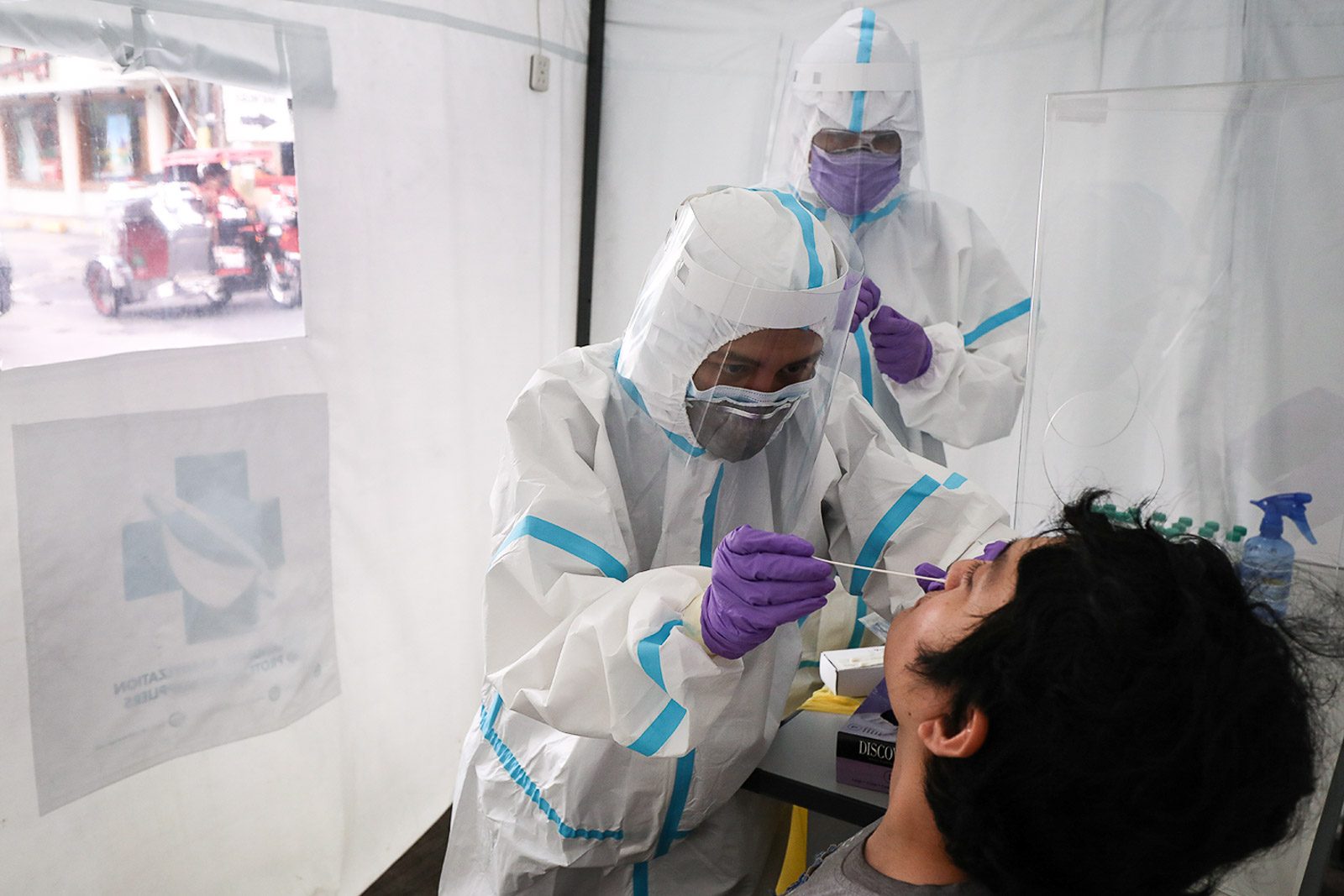 MANILA, Philippines – To help meet the target of conducting 30,000 coronavirus tests per day by May 31, the national government eyes having 66 accredited testing centers by that date.

This was according to Bases and Conversion Development Authority (BCDA) president and CEO Vince Dizonl, who is also the deputy chief implementer of the government COVID-19 response.

“Today we’re at 36 laboratories, growing from 20 less than two weeks ago, and the plan is to expand that further to 66 laboratories by the end of May,” Dizon said during the Senate hearing on COVID-19 response on Tuesday, May 19.

Dizon added, “The priority would be in the islands of Visayas – Panay, Negros, and more in Cebu – beacause there’s a big infection prevalence there, and also in Eastern Visayas.”

According to Dizon, the government is also ramping up its accreditation of testing centers, not just in the Davao Region but also in the Zamboanga Peninsula, Northen Mindanao, Caraga, and the eastern areas of Mindanao.

“Right now all the remaining laboratories to get us to 66 are already at stage 3 and stage 4, which would take anywhere between 2 and 3 weeks before they get accredited,” Dizon said.

Senator Migz Zubiri, who himself tested positive for COVID-19 months ago, stressed the importance of having coronavirus testing centers not just in Metro Manila but in different regions of the Philippines.

Zubiri cited the case of a patient from Cagayan de Oro who recently died.

According to Zubiri, the patient was admitted at the Northen Mindanao Medical Center on May 1. Her swab was taken on May 3 and the specimen was sent to Davao City because Mindanao had only the Davao City Southern Philippines Medical Center as COVID-19 testing center. The patient died on May 5. A few days later, her results came out positive.

“Within that period of time, our fear was we need to contact trace all those she was with at that particular time. There’s a delay in testing because of the lack of tetsing centers,” Zubiri said.

Aside from 36 accredited laboratories nationwide, the country also has 5 facilities that have been accredited to conduct RT-PCR tests using Gene Xpert.

Results for tests using the GeneXpert kits can reportedly be generated in 45 minutes – way faster than the RT-PCR test kits being used by DOH-accredited testing hubs, which have a turnaround time of 24 hours.

The Gene Xpert test kits are PCR-based, meaning they can detect the presence of coronavirus in the body. The DOH, however, maintained that RT-PCR tests are the gold standard for confirming if a patient has COVID-19.

As of Tuesday, the Philippines recorded 12,942 cases of coronavirus infections, with 837 deaths and 2,843 recoveries. – Rappler.com