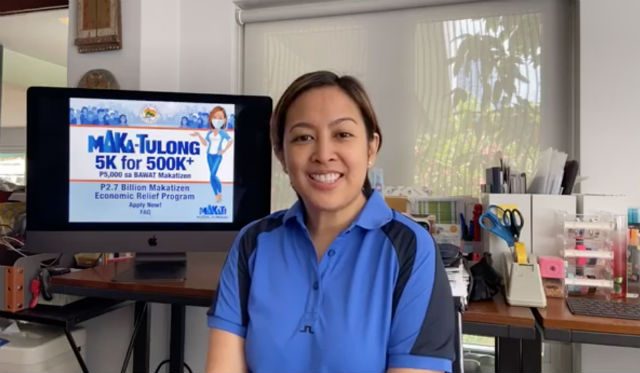 MANILA, Philippines – The Makati city government has released over P1 billion in cash aid to its qualified residents, some of whom used the assistance as seed money for home businesses to tide them over during the coronavirus lockdown.

Makati Mayor Abby Binay said in a press statement on Saturday, May 30, that the city government released a total of P1,035,810,000 in financial assistance to 207,162 qualified residents, who each received P5,000 via GCash.

This is under the city’s P2.7-billion Makatizen Economic Relief Program (MERP).

Binay said that while the cash aid helped beneficiaries pay for their basic needs and utility bills, a number of them also used it to start or expand their own businesses.

“Several recipients of our cash aid have shared inspiring stories on how they were able to use it to start a small business, with the goal of making it a stable means of livelihood to support their families for the long term,” the mayor said.

“We are so glad that the entrepreneurial spirit is very much alive among our constituents. It shows hope, courage and resilience in the face of adversity,” she added.

The city government cited the case of resident Diana Oblino. There were 5 Makatizen cardholders in their household, so they got a total cash aid of P25,000.

After paying their bills, Oblino said her family used the balance to open a small sari-sari store that their parents manned during the quarantine.

“It’s also our way to keep the money growing instead of using it in one go,” Oblino said.

The city government said another beneficiary, Joeffrey Furo, used the money as fresh capital for his e-loading business, small sari-sari store, and computer repair shop. Furo, who has a wife and child, is a PWD. He was a victim of a hit-and-run incident that led to the amputation of his leg.

The city government said other beneficiaries used the cash aid to either start or expand their online selling businesses, and small food businesses.

MERP beneficiaries must be at least 18 years old and a resident of Makati or any of the relocation sites managed by the city government of Makati in San Jose del Monte City, Bulacan; and Calauan, Laguna.

One must also be registered either as a Makatizen Cardholder, a Yellow Cardholder under the Makati Health Program, or as a voter in Makati.

The city government earlier gave assistance to nearly 6,000 tricycle drivers who lost their livelihood during the lockdown.

Starting June 1, Makati City will be under general community quarantine (GCQ) with the rest of Metro Manila. – Rappler.com