As May ends, DSWD unable to release cash aid for 2nd tranche 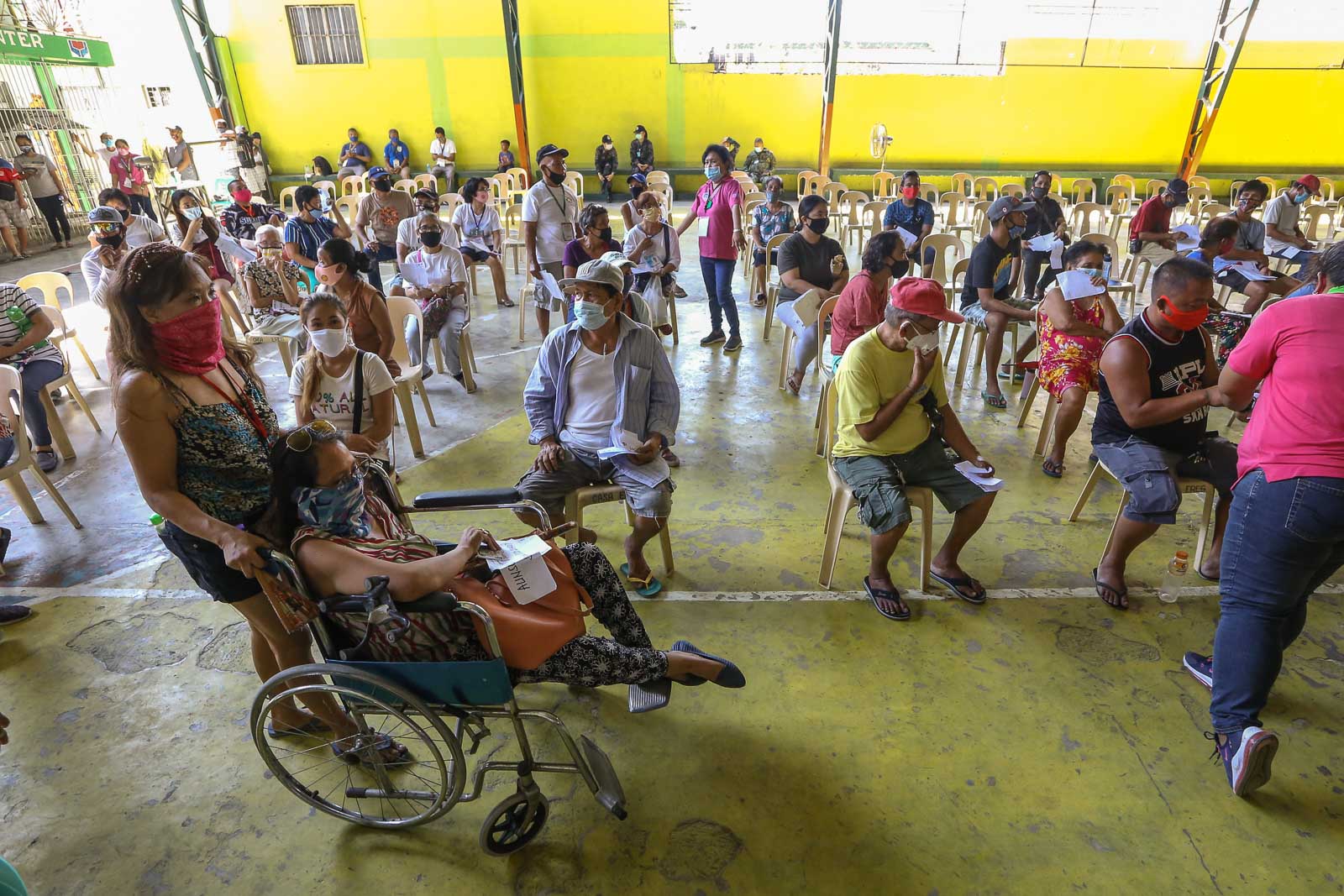 MANILA, Philippines – Millions of poor families expecting to get their second tranche of cash aid in May from the Department of Social Welfare and Development’s (DSWD) emergency subsidy program (ESP) were left waiting as the funds are still on hold.

The DSWD says it is still in the process of validating the names of people who received the first tranche to ensure there are no duplications.

As of May 27, the DSWD reported that 711 local government units (LGUs) out of 1,634 have submitted liquidation reports. Meanwhile, 129 LGUs have not completed their April payouts yet.

What’s taking so long? The DSWD says it will need every LGU liquidation report before it can complete validation, because they are cross-checking if the beneficiaries had been duplicated in any area of the country. They also have to check if they were given aid by other government cash aid programs.

DSWD spokesperson Irene Dumlao gave an example of where the same name could appear in the liquidation reports of Quezon City and Baguio City.

“Say, LGU of Baguio submitted encoded list of beneficiaries and LGU of Quezon City did not submit yet. We cannot perform cross-matching thoroughly and there might be a possibility of duplication. We need to name-match to determine if [the person] in QC is same as the one in Baguio City,” said Dumlao.

“We check the names of family members and their respective birthdates to establish if one and the same or distinct,” she added.

Meanwhile, the DSWD also announced on May 30 that the Commission on Audit granted the agency’s request to relax the rules on liquidation. Instead of a liquidation report, local governments can submit a duly certified Sangguniang Barangay Resolution or a Barangay Council Resolution attesting to the eligibility and qualification of the LGUs listed beneficiaries.

However, they would still be required to submit a full liquidation report within 3 months from the lifting of the Philippines’ state of calamity.

The DSWD earlier asked for “understanding” due to the delay in the payouts for May.

The agency constantly reiterates its calls to LGUs to quicken the release of liquidation reports so that the government can proceed to distribute the second tranche of aid.

On May 22, Malacañang added 5 million families to the ESP for the second tranche on top of 12 million beneficiaries of the Assistance to Individuals in Crisis Situation (AICS). The same memo says the “original number and budget” of the first tranche would be retained. The number of beneficiaries for the first tranche is 18 million, as per the Bayanihan to Heal as One Act.

The government earlier promised that the next wave of the program would be implemented more quickly and efficiently.

Dozens of reports have emerged of poor families still being left out of the program. At least 23 barangay officials are facing criminal charges for alleged anomalies in their cash aid distribution, while at least 43 mayors were issued show cause orders for being unable to complete their payouts on time.

The funds for the second tranche will no longer be entrusted to the LGUs, with the money staying at the DSWD instead. Armed forces would also step in to help in distribution especially in remote and conflict-prone areas.

The Palace also announced that there will be no more cash aid for June.

The ESP is meant to aid the millions of poor and vulnerable families who had been further affected by the coronavirus lockdown. – Rappler.com