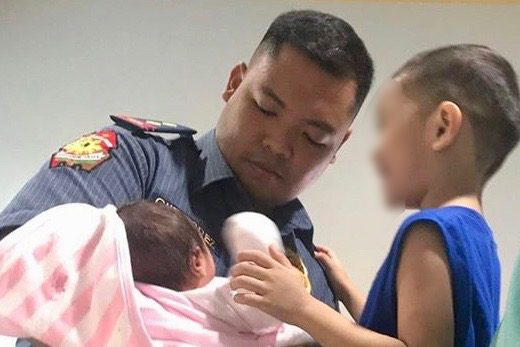 MANILA, Philippines – He served in the frontlines to protect the people from the coronavirus, but in the end, he might have fallen by the hands of his own allies.

Police Captain Casey Gutierrez, a police doctor of the Philippine National Police (PNP) who worked at the Philippine Sports Arena quarantine facility, died on Saturday, May 30, at 31 years old after inhaling disinfectant while at work.

This was confirmed to Rappler by PNP spokesman Brigadier General Bernard Banac, who said in a text message that initial information from the PNP General Hospital showed that Gutierrez died of “accidental inhalation of toxic disinfectant.”

According to a report by the Philippine Star, Gutierrez was sprayed with disinfectant after attending to a patient. However, the disinfectant was apparently too concentrated to be sprayed directly to a person, which caused Gutierrez to fall ill and eventually die.

The Philippine Star report also said two more police officers had a similar experience as Gutierrez, who left his job as a physician in a private hospital to become a PNP doctor.

The incident raises concerns about the government’s measures to protect its frontliners, who, from the start, have been struggling to contain the virus with the lack of personal protective equipment.

Gutierrez’s death was mourned by the PNP, but his partner, Shella Distor, is calling for justice.

“Paano ko to tatanggapin (How can I accept this)? How can I move on? Papaano na kami (What will happen to us)? Saan ako hihingi ng tulong to seek justice for you (Where should I go to seek justice for you)?. Di ko matanggap (I cannot accept) how we ended up,” Distor said in a Facebook post on May 31. The couple has 3 young children.

In a post on June 2, Distor revealed that Gutierrez tested negative for COVID-19 through swab testing.

“For those saying he is COVID positive, shame on you!” she said.