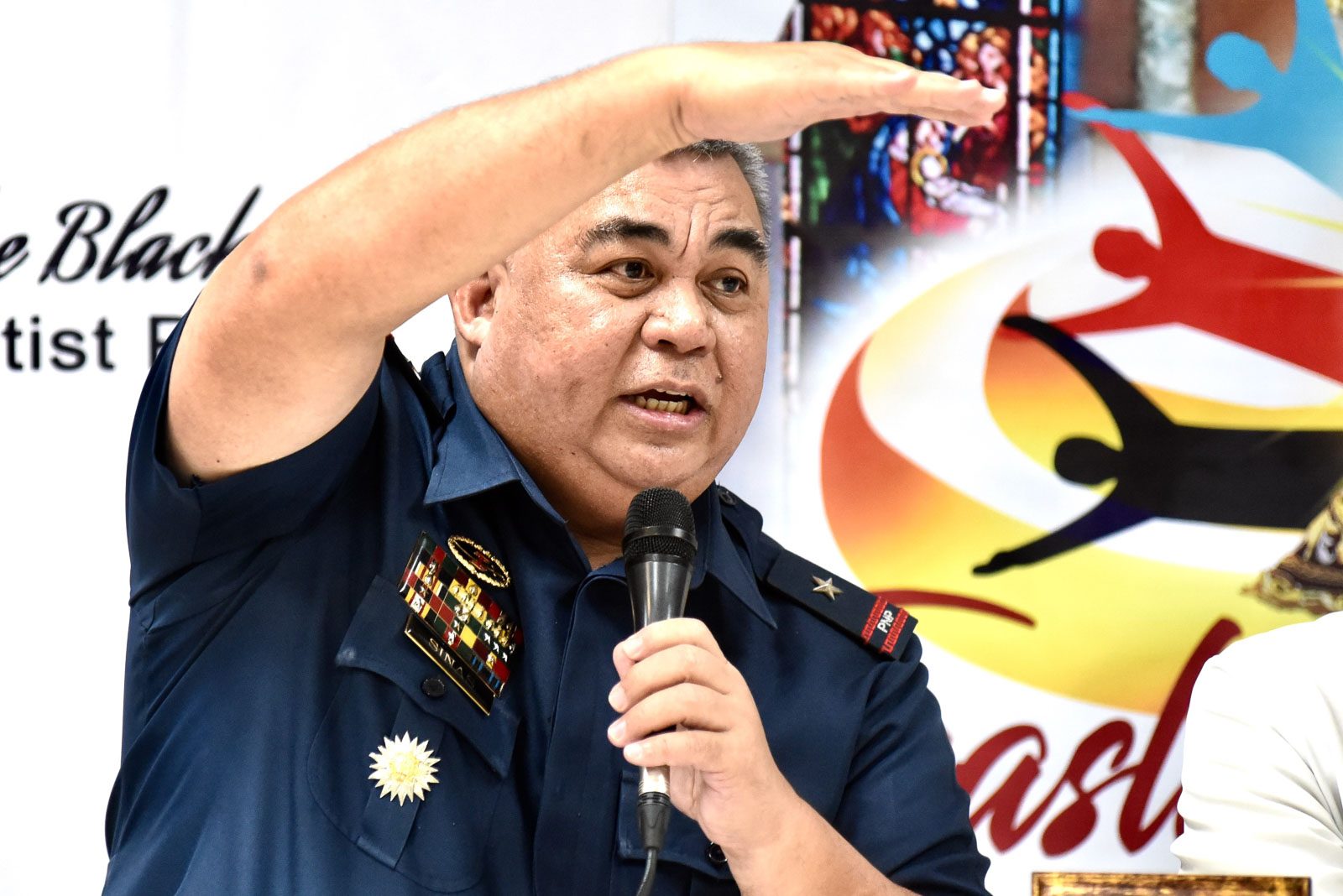 Facebook Twitter Copy URL
Copied
'I will not condone any wrongdoing of our police officers in the implementation of the community quarantine protocols,' says NCRPO chief Debold Sinas, whose own birthday party violated quarantine rules

In a statement on Monday, June 8, NCRPO chief Major General Debold Sinas said 5 cops had been placed on duty with their regional holding unit as they awaited charges.

The NCRPO did not identify the cops, but said that they were non-ranking.

San Juan Mayor Francis Zamora and his party broke quarantine rules on Sunday, June 7, ignoring Baguio City’s strict border control and triage system as he made his way to the Baguio Country Club on a 6-vehicle convoy.

Zamora apologized for the incident, but he placed the blame on escorting cops, who spoke with border officers when they entered the city. He said he was asleep when they passed through the border.

During a press briefing in Camp Crame on Monday morning, Sinas said he didn’t relieve San Juan City police chief Colonel Jaime Santos because he wasn’t part of the convoy.

“I will not condone any wrongdoing of our police officers in the implementation of the community quarantine protocols, if held responsible,” said Sinas.

The PNP also said it was checking why Zamora had 5 escorts when only a maximum of two cops are allowed to be allocated per VIP, except in cases where they persuade the PNP leadership that they need more for their safety.

Sinas himself has violated quarantine protocols by allowing a surprise early morning birthday party for him on May 8. (READ: LOOK: Birthday salu-salo for NCRPO chief Sinas amid ECQ)

He has apologized for the incident, but later insisted that there was “nothing wrong” with allowing the party which violated social distancing measures and the ban on mass gatherings, arguing that he didn’t want to rudely put the effort of his subordinates to waste.

Sinas and 18 other cops are currently facing complaints for allegedly violating Taguig City Ordinance No. 12-2020, which requires the wearing of face masks and the enforcement of physical distancing.

They were also accused of violating Republic Act 1132, or the Mandatory Reporting of Notifiable Diseases and Health Events of Public Health Concern Act. – Rappler.com