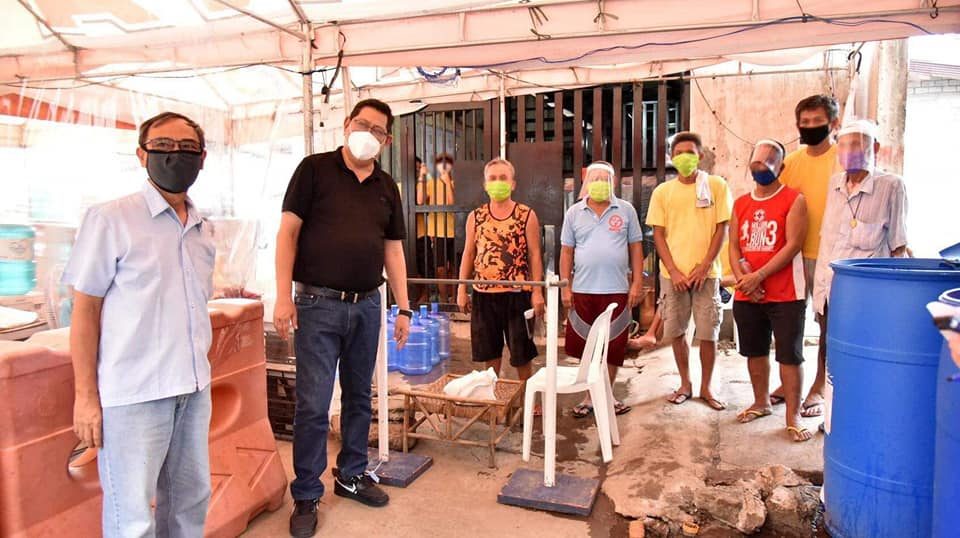 Facebook Twitter Copy URL
Copied
72-year-old Elmer Cordero and Wilson Ramilla remain in jail, as there are other charges filed under their name

MANILA, Philippines – Elmer Cordero, 72, remained in jail, while 4 of the 6 protesting jeepney drivers were freed on Monday, June 8, after posting bail.

The 6 drivers including Cordero – Severino Ramos, Arsenio Ymas, Wilson Ramilla, Ramon Paloma, and Ruben Balyon – were arrested by the Northern Police District on June 2 for failing to practice physical distancing during a protest and supposedly resisting authorities.

After 6 days in jail, the drivers were able to post bail worth P3,000 each on Monday. They waited around 3 hours before being freed, but Cordero and Ramilla remained in jail as there were other charges filed under their name.

Cordero reportedly has an estafa case. The police refused to release him despite his old age. Ramilla, meanwhile, said he had served jail time for a carnapping case that has yet to be dismissed.

In a statement, Cordero and Ramilla maintained that they did nothing wrong.

“Anim na araw po kaming ikinulong at pinaikot-ikot nang walang malinaw na kaso. Wala po kaming kasalanan! (We were jailed for 6 days without a clear case against us. We didn’t do anything wrong!),” Cordero said.

“Makatwiran pong humiling ng ayuda at magbalik-pasada. (It’s only right to ask for aid and return to livelihood),” said Ramilla.

The drivers are part of the transport group Piston, with Baylon as its deputy general. Piston argued that the group was “strictly” observing physical distance and wore face masks during the June 2 protest.

Baylon said that the group will join the protests planned during the Independence Day on June 12.

Piston has been holding protests in different parts of Metro Manila starting June 1, slamming the government’s decision to place jeepneys at the bottom of the “hierarchy” of modes of transportation.

This policy will only allow traditional jeepneys to operate starting June 22, if there are not enough buses, modern public utility vehicles, and UV express shuttles in a transport route. Transportation Secretary Arthur Tugade said that traditional jeepneys should be roadworthy and able to implement health protocols. – Rappler.com