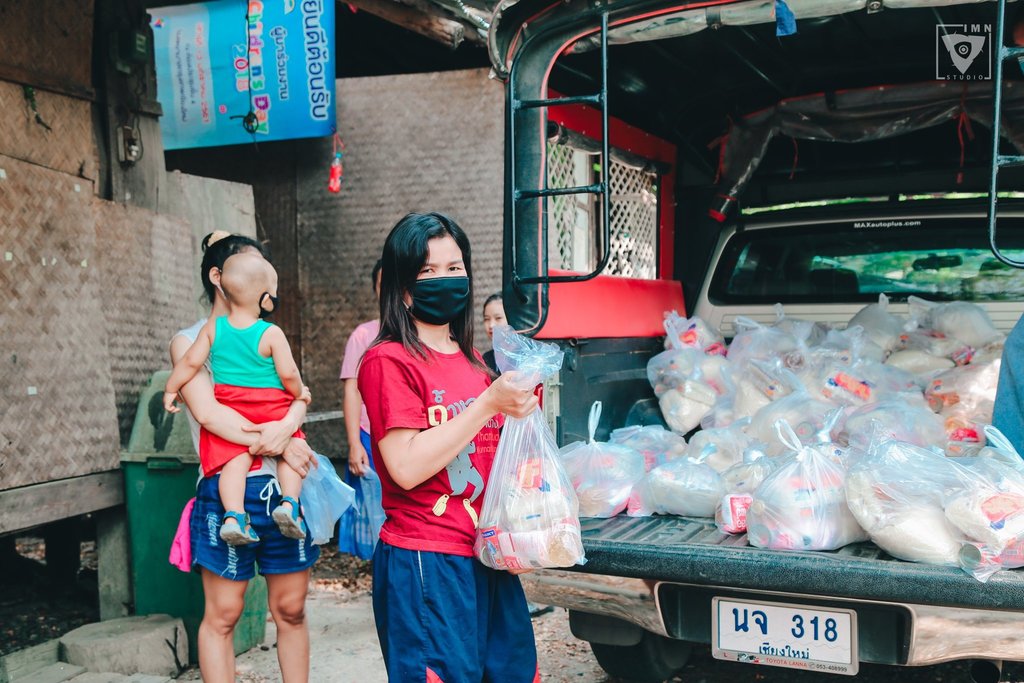 BANGKOK, Thailand – When the COVID-19 pandemic hit Bangladesh, 27-year-old Chandra Tripura was paralyzed by feelings of fear and uncertainty.

“For the first two weeks, I was kind of frustrated because I realized this will be tragic for us,” Chandra said. “If a country like China, which is developed, had to suffer for 3 months…Bangladesh, which is underdeveloped, could take 6 months.”

It did not take long, however, before Chandra, a professional dancer and social entrepreneur, realized that she had to channel her frustration into action. Two weeks after Bangladesh imposed strict lockdown and curfew measures, she began communicating with other social entrepreneurs to explore alternative ways of conducting their businesses, and to work with artists to help affected communities.

A member of the Tripura ethnic group in Bangladesh, Chandra is one of many indigenous young people in South and Southeast Asia who have chosen to respond to the challenges of the pandemic, even if they have also been affected by it.

As it is, indigenous groups in the region already face major challenges. When it comes to education, employment, and health, they are on average more marginalized and without access. With the spread of COVID-19, these problems have become even greater.

One of the more obvious issues facing indigenous youth and their communities during the pandemic has been access to public health. With disruptions in transportation and road closures, there has been a shortage of medical supplies in remote areas where many indigenous communities live. Many health workers lack knowledge of local cultures and languages, making communication with their patients a challenge.

One example is a 22-year-old Chakma woman in Bangladesh who died in childbirth in April. Road conditions under the lockdown measures prevented her from safely giving birth in a healthcare facility.

In neighboring Myanmar, Ke Jung, a student from the Naga indigenous group who is studying at the Yangon University of Economics, had similar concerns. His family lives in the country’s northwest Naga territory, which has limited access to health and public services.

“I feel like I can’t do anything at all,” the 30-year-old said. “The worry is that if something happens to Naga, what can we do? It takes two days for shipments to reach hospitals there.”

Education is another challenge facing the indigenous youth. While the shift to online instruction has allowed many students to continue learning, it also aggravates inequalities due to the digital divide. For young indigenous learners, many of whom live in remote areas with no or limited internet access, online education is nearly impossible.

“Schools should also take into consideration indigenous students who do not have access to the internet and the devices needed for e-learning,” said Ned Tuguinay, a 22-year-old activist from the Igorot community in Luzon, Philippines. “We are trying to convince universities to suspend online learning, and to end or extend the semester instead.”

But for many, including indigenous people, loss of income is more critical than access to education. With people working in vulnerable industries such as tourism, construction, and agriculture, an untold number of indigenous youth have lost their jobs. Some are stranded in cities under lockdown without any money, while others have left for their hometowns, potentially spreading the virus.

For young indigenous social entrepreneurs such as Juvita Wan, a 35-year-old Kenyah woman in Malaysia who co-founded the Tuyang Initiative, the pandemic has largely shut down commercial activities.

“Earning opportunities were already scarce,” Wan said. “Now, imagine being away from family and community, having zero income, and being locked in a town or city that’s not home.”

While most governments in the region have implemented strict measures to control the spread of the virus, there have been varied responses to the additional risks facing indigenous communities. In some cases, there has been little attempt to support and consult with representatives of indigenous communities, resulting in slow and uncoordinated aid distribution and information sharing.

“We need to elect leaders who are not only responsible and accountable, but most importantly inclusive,” said Jal Mustari, a 23-year-old Maranao man living in Marawi City in the Philippines, and founder of the social enterprise Aretes Style.

There has also been a movement towards self-sufficiency within these communities that is being demonstrated during the pandemic.

Rather than letting their businesses fail, young social entrepreneurs in Bangladesh and Nepal are redirecting services to deliver food to people who are unable to leave home.

Indigenous farmers in northern Thailand have started sharing surpluses from their crop yields with their communities’ most disadvantaged people. In neighboring Myanmar, young activists like Ke Jung have been coordinating efforts to provide supplies to people who are quarantined, as well as working with the Myanmar government to translate COVID-19-related information from Burmese into his native language. (READ: Cebuano youth seek to help local communities understand COVID-19)

Finally, several young indigenous persons in Bangladesh and the Philippines are raising funds among university students to provide support to indigenous communities.

“People are now challenging themselves to do something productive,” said Barsha Lekhi, a 27-year-old Tharu woman who was crowned Miss International Nepal in 2016.

COVID-19 has dramatically altered lives across South and Southeast Asia, but for the most vulnerable groups, including indigenous communities, the pandemic has aggravated problems that were already there.

Indigenous youth have shown resilience in the face of these problems, but they need more support from governments and civil society to build back better for their communities. – Rappler.com