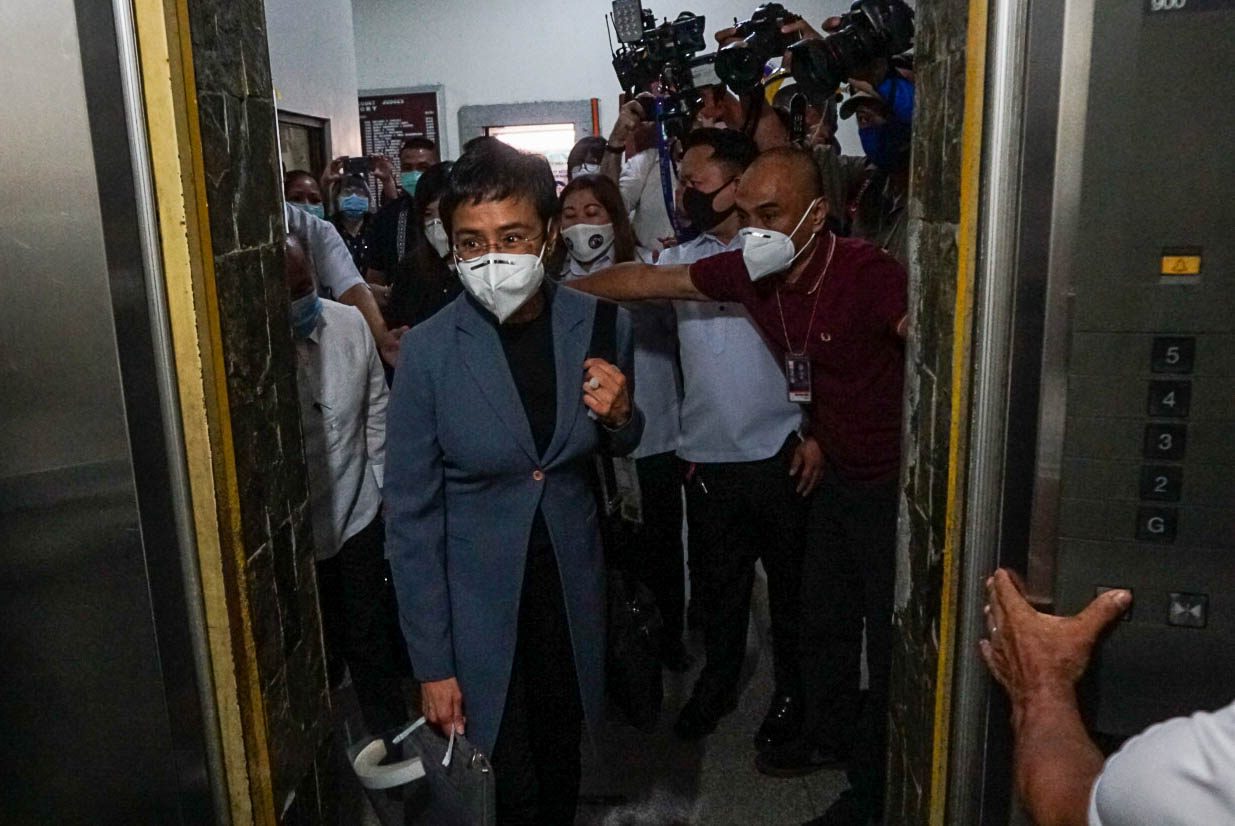 Facebook Twitter Copy URL
Copied
The decision today marks not the rule of law, but the rule of law twisted to suit the interests of those in power who connive to satisfy their mutually beneficial personal and political agenda

While the court allowed bail under the same bond, Ressa and Santos were ordered to pay P200,000 in moral damages and another P200,000 in exemplary damages.

Judge Rainelda Estacio-Montesa sentenced Ressa and Santos to a minimum of 6 months and 1 day to a maximum of 6 years in jail over charges filed by businessman Wilfredo Keng in a case that tested the 8-year-old Philippine Cybercrime Law.

Today is a day of grief, mourning, and rage. Manila RTC Judge Rainelda Estacio Montesa convicted Rappler CEO and Executive Editor Maria Ressa and former researcher-writer Rey Santos Jr of cyber libel. They were sentenced to jail for 6 months and 1 day up to 6 years, and allowed bail. She completed the trial in only 8 months, possibly the fastest libel trial in recent history.

This decision is historic. It was handed down during a pandemic, with community quarantine restrictions still in place. It is the first verdict on one of the many court cases lodged against Rappler since President Rodrigo Duterte became president in 2016. It comes just 3 days after the country commemorated its 122nd year of independence. And it convicts a journalist, Maria Ressa – among TIME Magazine’s 2018 Person the Year awardees – and a former researcher-writer Rey Santos Jr over a case built on flimsy ground: a corrected typographical error.

They used it as basis to make an incredible claim about “republication” of an article that was, in truth, published before the cybercrime law was enacted. This creative reinterpretation and twisting of the law became grounds to prosecute this case, filed 5 long years after the publication of a story about the late former chief justice Renato Corona and his ties to businessman Wilfredo Keng.

Today’s verdict sets a dangerous precedent not only for journalists but for everyone online. It weakens the ability of journalists to hold power to account as the one-year prescription period of libel is extended to 12 years. Even before the cybercrime law took effect, Filipino journalists and press freedom advocates had been pushing for the decriminalization of libel. This ruling, coupled with the cybercrime law, has made the space for a free press, free speech, and free expression even tighter and narrower.

The decision today marks not the rule of law, but the rule of law twisted to suit the interests of those in power who connive to satisfy their mutually beneficial personal and political agenda. Today marks diminished freedom and more threats to democratic rights supposedly guaranteed by the Philippine Constitution, especially in the context of a looming anti-terrorism law.

We call on our media colleagues, our community, and other advocates of a free and independent press to be vigilant and vocal now more than ever. This is not just about Maria or Rey or Rappler. This is about fundamental rights of every citizen who refuses to be intimidated by the powerful who do wrong and whom they dare criticize and expose.

Journalists are not exempt from the law. We are law-abiding citizens too. Despite the rage in our hearts, we will follow the judicial process and elevate the case to the Court of Appeals and, if need be, to the Supreme Court. #CourageOn #DefendPressFreedom #HoldTheLine – Rappler.com