Why democracies should push back vs Maria Ressa verdict 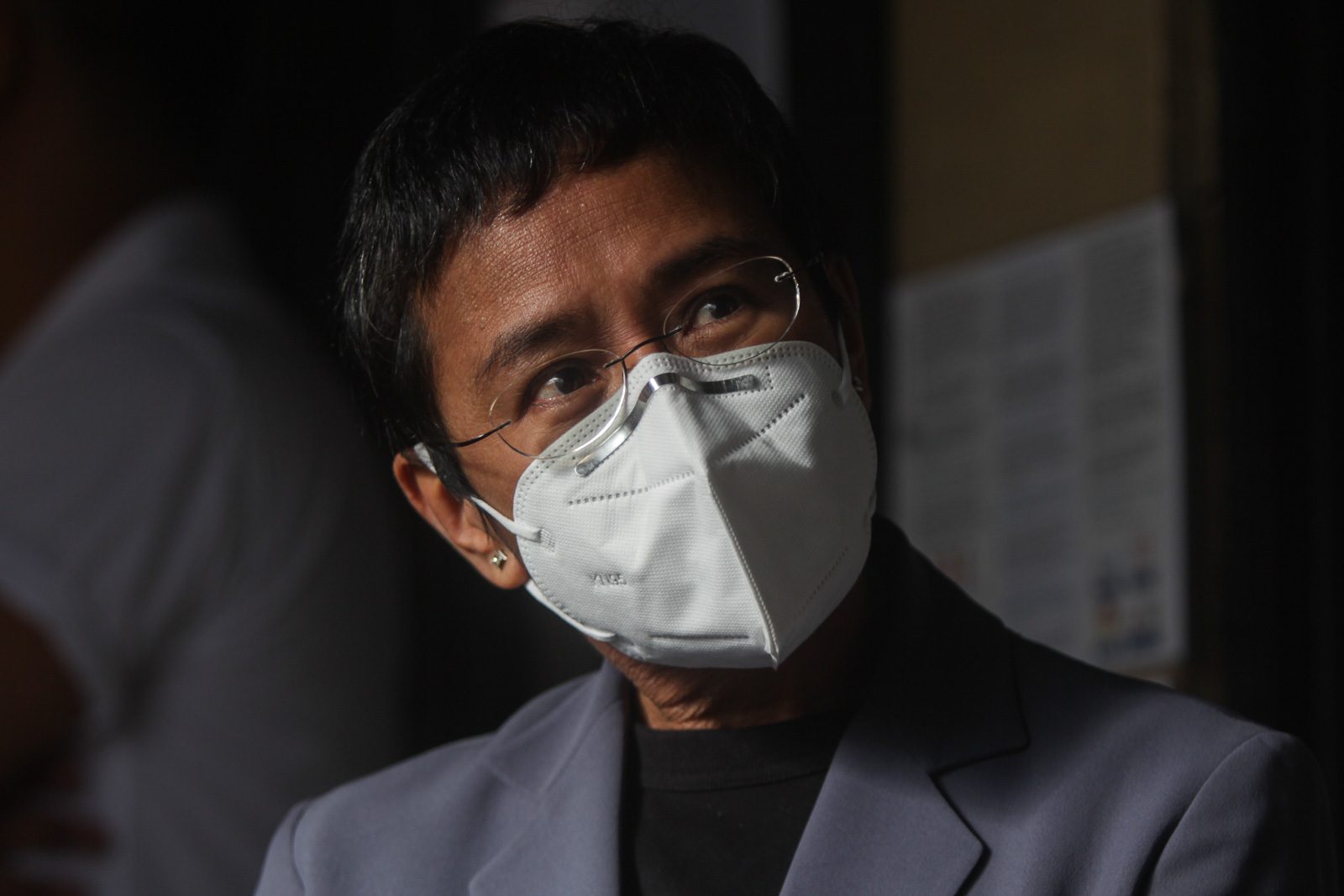 Facebook Twitter Copy URL
Copied
'This is an international test for respect for the rule of law,' says world-renowned journalist Peter Greste

SINGAPORE – From a rickety courtroom in Manila, the guilty verdict on Rappler chief executive officer Maria Ressa and former researcher Reynaldo Santos Jr is expected to make ripples in the United States, Hungary, and other countries where democracy is under threat by populist regimes.

A Manila court convicted Ressa and Santos of cyber libel on Monday, June 15, in the most high-profile case filed against individual journalists during the Duterte administration. While critics view this verdict – along with the shutdown of media giant ABS-CBN – as part of President Rodrigo Duterte’s de facto dictatorship, experts said it is crucial to see this also in a global context.

“This isn’t just about Maria Ressa and Rappler,” said Australian journalist Peter Greste in an online forum on Monday morning. “It is very much about the system. The system is on trial.”

“We also need to understand its significance internationally,” he added. “This is an international test for respect for the rule of law.”

Greste is a former Al-Jazeera correspondent who, in 2013, was arrested for his work as a journalist, and imprisoned for more than a year in Egypt. Greste, whose case in Egypt drew condemnation around the world, is now UNESCO chair in journalism and communication at the University of Queensland. He is also a founding director of the Alliance for Journalists’ Freedom.

Greste joined an international panel in a forum organized by the Consortium on Democracy and Disinformation, and hosted by veteran journalists John Nery and Marites Vitug, an hour before the Rappler verdict was handed down.

During the forum, Greste said he identified “very, very strongly” with Ressa on Monday. “I had a rather sleepless night last night just recalling the day that I faced my verdict in our terrorism trial in Egypt,” he said.

Referring to Ressa’s trial, Greste warned: “If we see a conviction in this case without a serious pushback from the White House, from Canberra, from London, from other democracies around the world, it will be a very clear signal not just to the Philippines but to other states that are limiting press freedom across the region, that they can get away with it, that they can crack down on journalists with relative impunity, that there is no big price to pay.”

Greste then urged non-Filipinos to urge their governments to condemn the verdict on Ressa and Santos.

“This really is a time for everybody, particularly those of us who are not in the Philippines, to speak to our politicians and diplomats, to write to our members of Parliament and our governments and foreign ministries, to make it abundantly clear that this is simply unacceptable, that this is a stain on press freedom, it’s a violation of democratic principles, it’s a rollback of democracy in the Philippines,” he said.

Why the world is watching

When asked by Nery on Monday if the rest of the world was watching Ressa’s case, Lipinski answered, “Emphatically so.”

“I think that’s very important for people in the Philippines to know. Maria and Rappler have been the subject of extensive media and political attention well beyond your country,” said Lipinski. “What has happened in her case and what will happen today will continue to resonate far beyond the Philippines.”

Lipinski was later asked by Vitug if attacks on journalists worldwide constitute a “crisis point” for journalism.

Lipinski answered: “I would say it’s a crisis point for democracy in many parts of the world. Yes, for journalism, but it’s important to remember that journalism is in service of a larger mission, an ideal, and that’s what’s really at risk here.”

She cited, for example, about 400 cases of violence and harassment against journalists in the United States in less than 3 weeks, as protests against police violence continue to rage. She also mentioned the killing of journalists in Mexico, the silencing of a free press in Hungary, the jailing of a record number of journalists in Turkey, and other attacks on free speech in Russia, Venezuela, Saudi Arabia, and China.

Recent attacks on democracy take place in the context of the COVID-19 pandemic, exploited by autocrats worldwide – from Duterte in the Philippines to Viktor Orban in Hungary – to tighten their grip on power through lockdowns, surveillance, and even censorship. In a recent Foreign Affairs article about autocracy and the pandemic, Duterte was even the prime example in the lead.

“We have a pandemic, and we are neutering and muting and handicapping journalists who are trying to cover the most important public health story of the century,” said Lipinski.

‘This is no time for retreat’

Lipinski said press freedom “is not irrelevant, much as authoritarian leaders would like to make it so.”

“I think in times like this when we face authoritarian governments, journalism becomes ever more important, not less, and of course the efforts to silence journalists become even more strenuous,” she said, adding that Ressa’s case can be considered a “poster child” for this 21st-century issue. “This kind of stress on democracy is at play in so many other countries, and how this case resolves is going to provide a bit of a textbook, I think, for a lot of other people. But no matter what happens today, that is not a sign that press freedom is an outmoded notion. It can and should remain,” Lipinski said.

Lipinski said the Rappler verdict means we should “double and triple our efforts” to defend democracy.

Caoilfhionn Gallagher, an international human rights lawyer, said she sees the Rappler case from another lens – as lead counsel of the family of Daphne Caruana Galizia, a slain investigative journalist in Malta.

In the webinar on Monday, Gallagher said she finds similarities between the cases of Galizia and Ressa. She said that Galizia – before being murdered in a car bomb attack in October 2017 – experienced 3 decades of abuse and harassment in multiple ways. These included arson attacks on her home, attempts to cut off her sources of income, multiple libel suits, and misogynistic attacks.

“This was a preventable death. It followed years of state-sanctioned harassment, and it took place in a culture of impunity. And I’m afraid when I look at the papers in Maria’s case, I see many chilling similarities with the material I’m looking at posthumously in Daphne Caruana Galizia’s case,” said Gallagher.

Ressa herself faces a string of cases on top of harassment by trolls who, after a 3-part exposé about the Philippines’ propaganda war under Duterte, barraged her with 90 hate messages per hour. A journalist for the past 3 decades who has worked under dictators like Indonesia’s Suharto, Ressa – a former bureau chief for CNN – has been arrested twice under Duterte. (LIST: Cases vs Maria Ressa, Rappler, directors, staff since 2018)

Referring to Ressa’s verdict on Monday, Gallagher said it was deeply concerning. “This is a very dark day for the rule of law and for freedom of expression in the Philippines.”

‘This is not the end of it’

Chel Diokno, a human rights lawyer in the Philippines, however noted in Monday’s forum: “This is not the end of it, even as far as this case is concerned. There is still a long legal battle ahead. And there is a strong need for us to still generate a lot of public opinion, a lot of pressure, on the government, on the courts, to look very deeply into this case.”

“I think this should make us even more determined to continue the fight of speaking truth to power,” Diokno said. 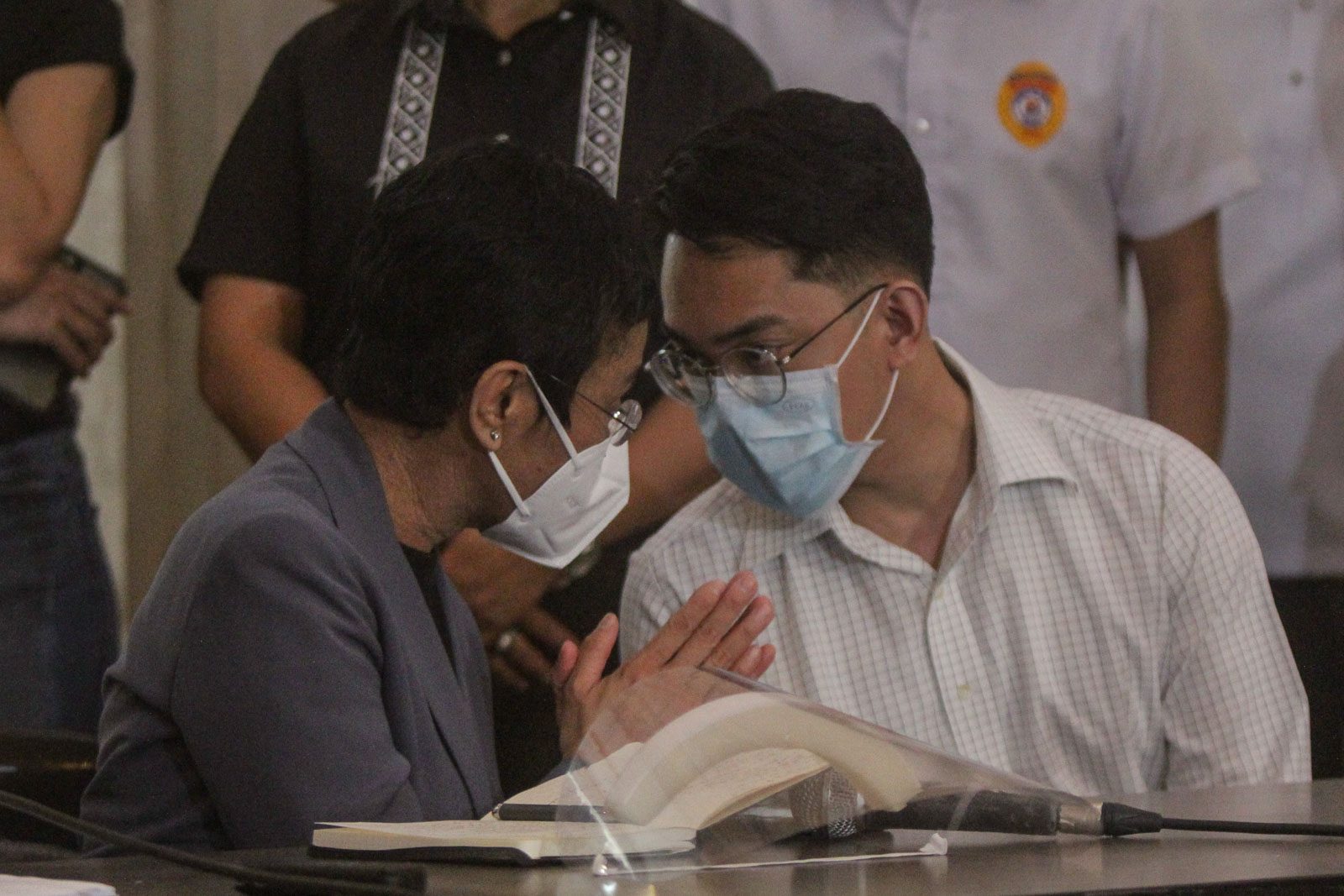 Vitug, who has authored landmark books on the Philippine justice system, said the Rappler verdict shows how “a number of judges can’t be considered independent in these very dangerous times.”

Nery concluded the forum by noting that the shutdown of ABS-CBN, and the guilty verdict on Ressa, were once unthinkable for a number of Filipinos, including himself.

“And yet here we are,” Nery said. “So maybe the first task for us is to not deny reality anymore. We have to see the authoritarian regime for the monster that it is, and to borrow Maria’s famous line, to hold the line.” – Rappler.com