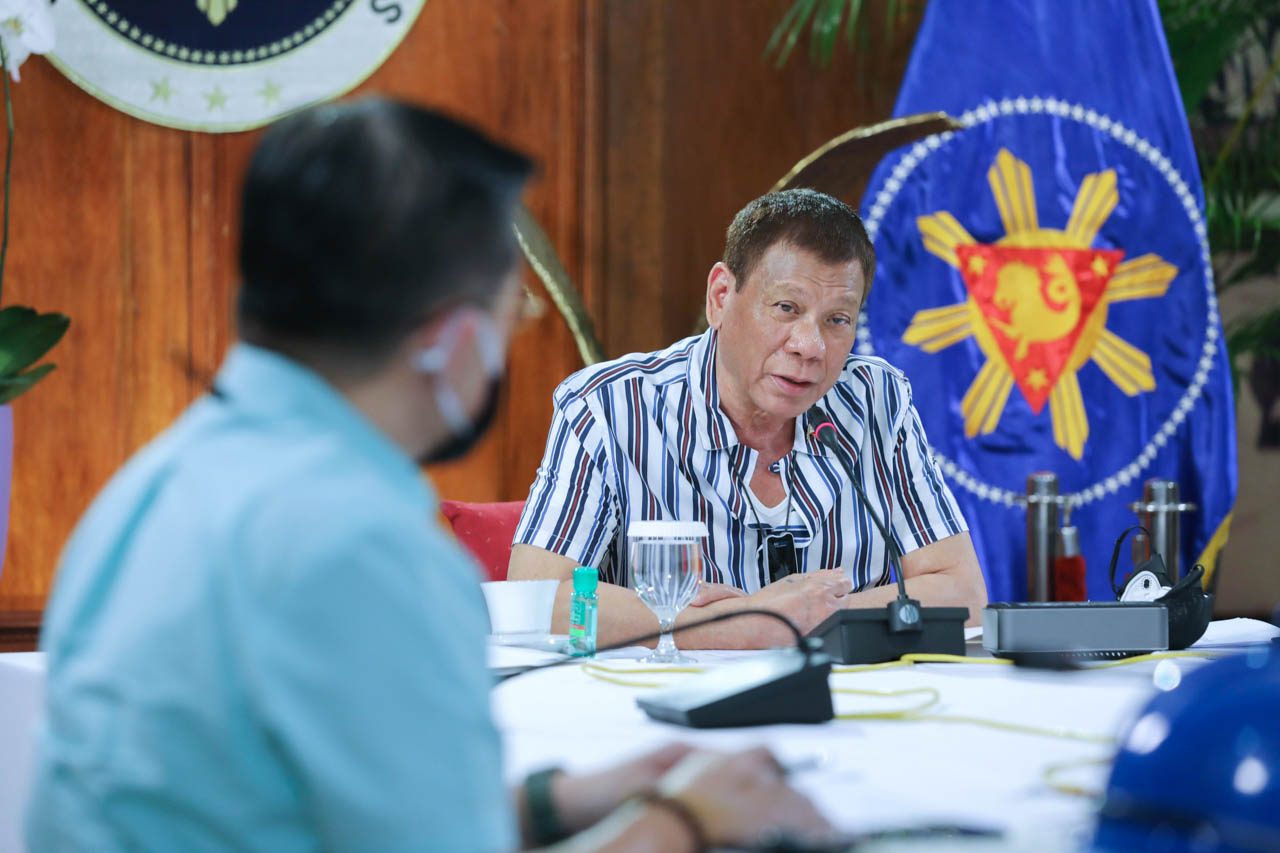 MANILA, Philippines (3rd UPDATE) – President Rodrigo Duterte will likely sign the 2020 anti-terrorism bill into law after certifying it as urgent legislation ahead of his economic managers’ own coronavirus economic recovery plan.

Presidential Spokesperson Harry Roque said on Tuesday, June 16, that the bill is now with the Chief Executive.

“The enrolled bill is now in his desk. So let’s just say he is taking a final look at it but I think he is inclined to sign it,” Roque said in an interview with CNN Philippines’ Pinky Webb.

Later on, in his press briefing, Roque clarified that the measure has not yet reached Duterte’s desk.

Roque’s basis for saying Duterte would likely sign the measure is this direct quote he got from the Chief Executive during a phone call on Monday night, June 15.

“There was no mention [of inhibitions about the bill], other than – that was his quote: ‘I’m waiting for Senator [Panfilo] Lacson to finish with his commas and his periods’ which seems to indicate, if it’s ready, he will sign it,” said Roque.

Senator Panfilo Lacson is among the authors of the bill which he and Malacañang say is designed to bolster government powers to run after and arrest terrorists.

On Tuesday, Lacson sought to address the Integrated Bar of the Philippines’ concerns about some of the provisions of the bill which the IBP had asked the President to veto.

“The anti-terrorism bill speaks clear of our swift, effective, and constitutional policy against these acts of terror and against no one else but its perpetrators,” Lacson said in the letter-reply addressed to IBP president Domingo Egon Q. Cayosa.

Duterte has until July 9 to act on the bill before it lapses into law. The Chief Executive can either sign the bill into law or veto it.

Justice Secretary Menardo Guevarra said Duterte is likely to wait for his department’s review of the bill. The review will be submitted to Malacañang on or before June 30, he earlier told Rappler.

Executive Secretary Salvador Medialdea’s office will then consolidate inputs before sending them to Duterte for his consideration.

Duterte’s own security officials, led by Defense Secretary Delfin Lorenzana, had pushed for the anti-terrorism bill, saying the 2007 Human Security Act, a measure it is supposed to replace, was too weak and outdated.

Lawyer groups, human rights watchdogs, other lawmakers, journalists, and business groups have slammed the bill for provisions that can be used to run after government critics  and stifle legitimate dissent from the citizenry.

Among the provisions they flagged as alarming are provisions empowering Cabinet officials to order the arrest of “suspected” terrorists without a judicial court warrant and provisions that allow the detention of a suspect for up to 24 days.

A provision making “inciting to terrorism” a crime has also worried legal experts because it touches on the right to free speech. – Rappler.com