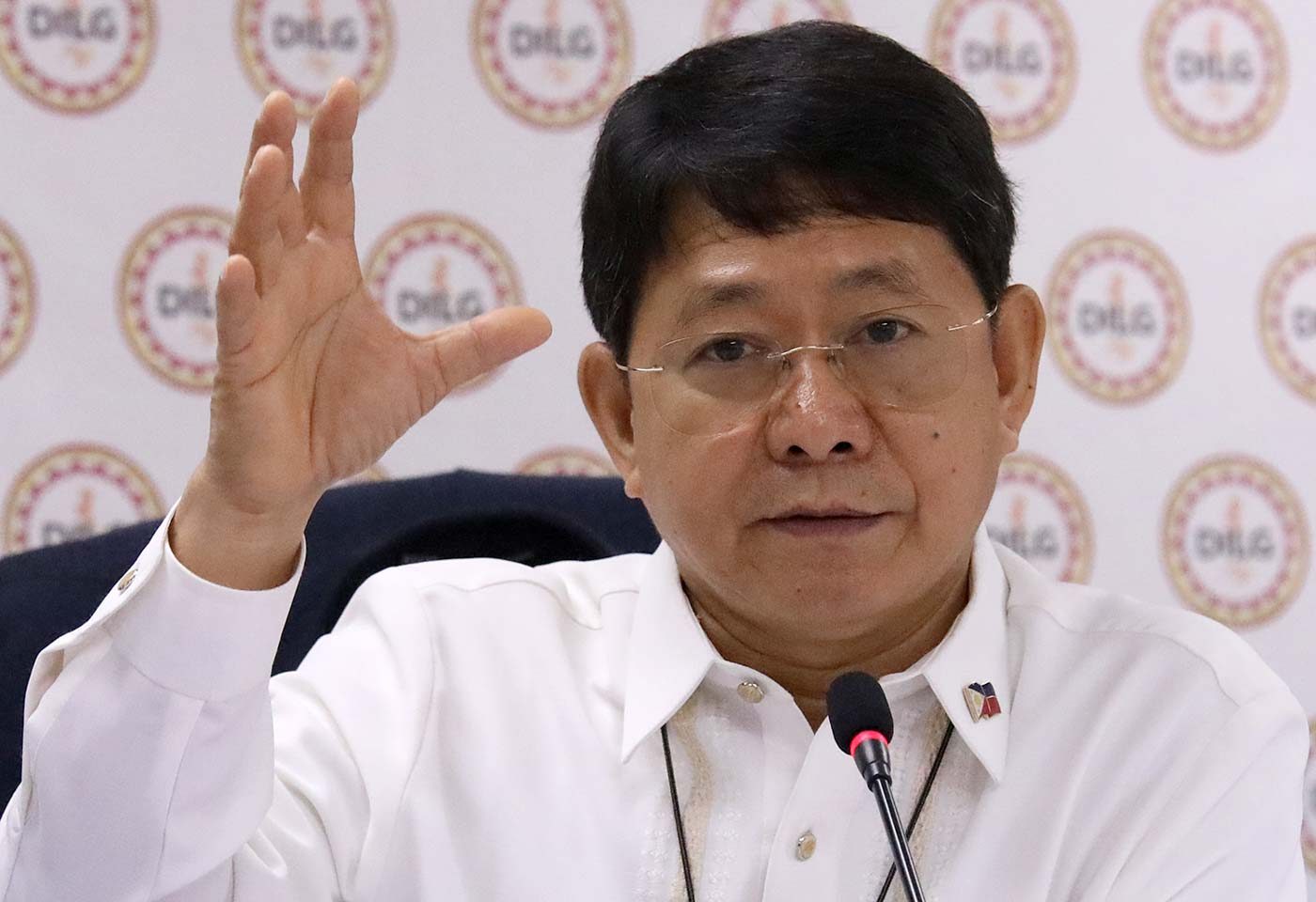 Roque said that on Monday night, June 15, Año handed to him the documents showing the support of 784 local government chiefs – composed of 43 governors, 68 city mayors, and 673 municipal mayors – for the controversial measure.

“Yes, that was handed to me by Secretary Año when the President addressed the nation the other day,” Roque told ANC anchor Karen Davila on Wednesday, June 17.

Año and Roque were in the Malago Golf Clubhouse where Duterte met with other officials of the Inter-agency Task Force on Emerging Infectious Diseases (IATF-EID) on Monday night.

Reacting to a statement that implied that Duterte was asking for support for the controversial measure, Roque said: “I don’t think it was the President who asked for support because he was in Davao. It was Secretary Año.”

The Duterte spokesman said “nothing” will happen to local government officials who did not sign the document.

Previously, some groups had claimed that LGU chiefs were told to signify their support or else be labeled as communists or terrorists.

Roque said it is “all but natural” for Año to ask local executives to signify their support for the bill because he leads a department that supervises local governments who in turn are affected by acts of terrorism.

The document, said the Duterte spokesman, is an “expression of support for stakeholders, local government units, that will all have to deal with the thread of modern-day terrorism.”

He said the document showed that “an overwhelming majority” of LGU officials want the anti-terrorism bill signed by Duterte. However, there are 1,715 local chief executives in the country, meaning if the list contains only 784 names, it represents the sentiments of only 46% or not even half of all LGU chiefs.

Decision time. Año compiled the document of support as Duterte decided on whether or not to sign the measure amid public calls for him to veto it.

Año is among the retired generals  in Duterte’s Cabinet who have pushed for a strengthened anti-terrorism law during his administration.

The President has until July 9 to act on the bill before it lapses into law. He can either sign the bill into law or veto it.

Roque previously said Duterte is “inclined”  to approve the measure. Duterte, after all, certified the bill as urgent legislation, leading to its quick passage in the House of Representatives.

Critics have slammed the Chief Executive for appearing to prioritize this bill when more urgent measures needed his support, such as a law providing an economic stimulus package for the coronavirus-hit Philippine economy.

They oppose the bill because of provisions that lawyers say can be easily abused  by a government bent on cracking down on critics and shrinking the space for legitimate dissent.

Roque said the bill is yet to reach Duterte’s desk and that inputs from the Office of the Executive Secretary and the Department of Justice may be considered by the President. Chief Presidential Legal Counsel Salvador Panelo has submitted his review, in favor of signing the bill. – Rappler.com