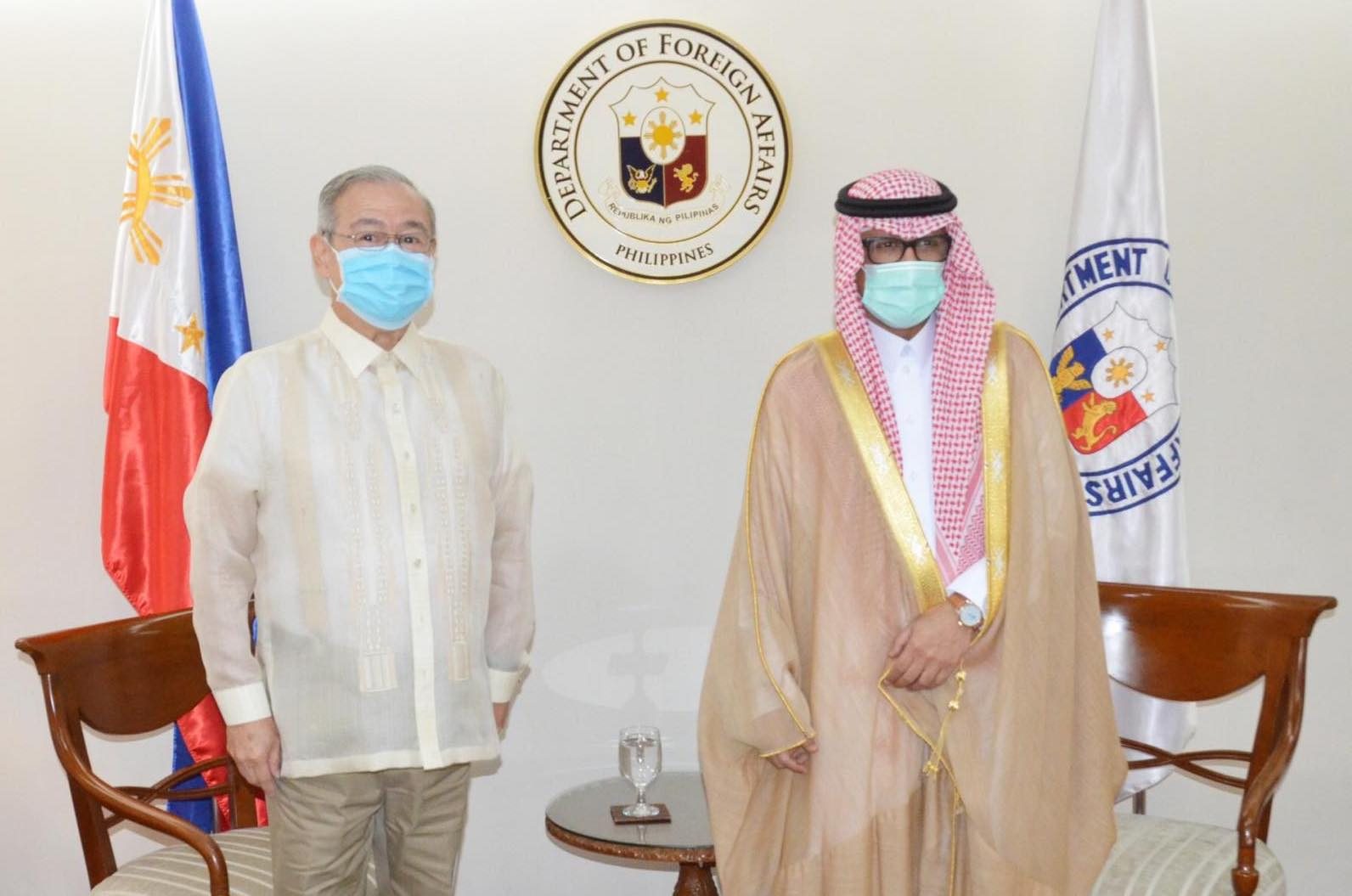 MANILA, Philippiens – Foreign Secretary Teodoro Locsin Jr on Monday, June 22, said the Philippines is working to bring home the remains of 282 overseas Filipino workers (OFWs) who died in Saudi Arabia within the week.

Locsin, who earlier met with Saudi Arabia Ambassador to the Philippines Abdullah Al Bussairy, said the Philippine government was arranging a flight “as we speak.”  Saudia Arabia had earlier asked the Philippines to bring home the bodies of the OFWs.

“How fast can we do that? We need a flight to get there. We’re getting a cargo flight even as we speak,” Locsin said in a ABS-CBN news interview.

Locsin said during his earlier meeting with Abdullah last June 15, the Saudi official assured him the bodies of deceased Filipino workers would be taken care of and that the Gulf country would aid the Philippines in bringing them home. Some officials in the Philippines, Locsin said, had worried the OFWs’ bodies would be disposed of in Saudi Arabia.

“He said no we don’t do that, we’re a Muslim country, we don’t just cremate – in fact we do not cremate – and so I can assure you the bodies are in tact and we will help you bring them home,” Locsin said.

Locsin said he was “hopeful” the bodies of OFWs would arrive by this week.

Of the 282 deceased Filipino workers, 50 were reported to have died due to the coronavirus. Labor Secretary Silvestre Bello III and Malacañang earlier said the Philippine government decided the bodies of the 50 workers would be buried in the Gulf State.

Figures from the Department of Foreign Affairs have shown the Middle East and Africa region, which includes Saudi Arabia, has the highest number confirmed coronavirus cases and deaths involving overseas Filipinos. As of Sunday, nearly 4,000 Filipinos were counted among those confirmed positive for the disease, while 236 others died.

Aside from repatriating the remains of the OFWs, Locsin and Abdullah had discussed the need to improve Filipinos’ access to health services affected by the pandemic in Saudi Arabia.

The DFA said the Philippines would also submit a list of cases involving OFWs that need to be “urgently resolved.” – Rappler.com