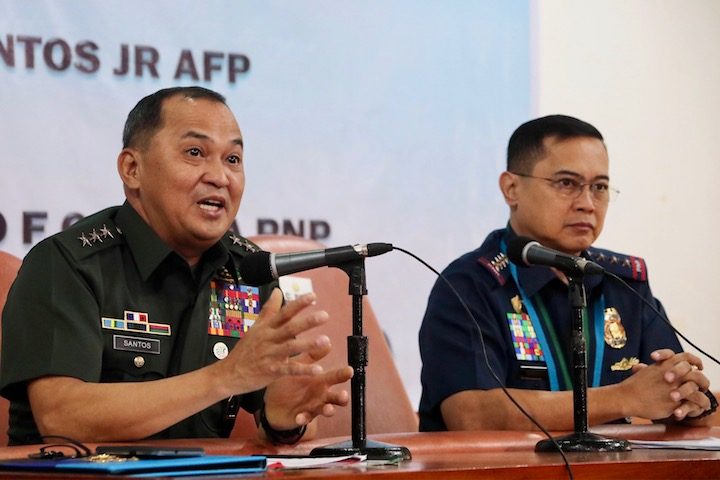 MANILA, Philippines – The Philippine National Police (PNP) and the Armed Forces of the Philippines (AFP) have agreed on letting the National Bureau of Investigation (NBI) lead the probe into the encounter between police and soldiers in Sulu that led to the death of 4 military intelligence officers.

“The PNP and AFP officials in Sulu have agreed that the National Bureau of Investigation (NBI) regional office in Zamboanga City will conduct and lead the investigation to ensure impartiality and to eliminate any suspicion of undue influence,” the PNP said in a statement on Monday evening, June 29.

What happened? Sulu cops gunned down 4 AFP soldiers on Monday afternoon following an alleged confrontation and car chase in the provincial capital of Sulu. Cops said the soldiers took out guns, forcing them to fire back and kill them.

The AFP disputed the narrative, saying that their soldiers were “fired upon” while they were “doing their work.” The military said those slain were a major, a captain, a sergeant, and a corporal – all from an intelligence unit of the Army.

Why does this matter? The agreement is an early display of commitment from both the police and the military to avoid influencing the probe.