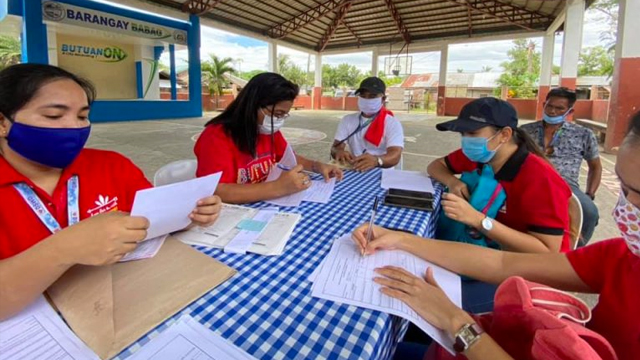 MANILA, Philippines – After reports of local officials allegedly politicking in choosing beneficiaries and pocketing money from the first tranche of the emergency subsidy program (ESP), the Department of Social Welfare and Development (DSWD) promised that there will be no more anomalies committed in the next wave of aid.

Unlike the first tranche, where the DSWD transferred the funds to the local government units (LGUs) to distribute to their constituents, the second tranche involves direct transfer from the agency to the Land Bank of the Philippines, which would then transfer the funds to the beneficiaries’ preferred financial service providers (FSPs).

Bautista said the DSWD is coordinating with the Department of the Interior and Local Government with regard to complaints filed against local officials.

In Thursday’s briefing, Bautista echoed Social Welfare Undersecretary Danilo Pamonag’s statement on June 25 that the first tranche was complete, despite a Palace report showing that almost 300,000 families had yet to receive their promised aid.

“Technically, we consider the payouts of the first tranche complete based on the 98% accomplishment rate,” Bautista said in Filipino.

(There are many reasons why there’s a variance that reached up to 300,000 target beneficiaries, like discovering ineligible beneficiaries, beneficiaries who returned their subsidies, or those who waived their cash aid voluntarily.)

The Malacañang report acknowledges this discrepancy as well – that the government was adjusting the “estimated beneficiaries” for reasons of disqualification. However, the report’s 17.9-million count of estimated beneficiaries as of June 29 was only around 10,000 less than the original number of beneficiaries stated in the omnibus guidelines for social amelioration.

Bautista also said registration is closed for families who still want to be a part of the ESP but were neither included in the first tranche nor the waitlisted beneficiaries. Instead, they may approach their LGU for their needs.

For the qualified beneficiaries who did not get to register with the DSWD’s ReliefAgad app, Bautista said not to worry, as data can be retrieved from the lists submitted by LGUs on who are part of the program.

Filipinos can still be seen on the DSWD’s social media posts appealing to be part of the ESP. The program’s implementation, which the House of Representatives is currently investigating due to delays, has left thousands of Filipinos waiting for aid that may never come. (READ: IN LIMBO: Poor families still await subsidies during coronavirus lockdown)

The DSWD on Thursday asked for “understanding” of the beneficiaries as they wait for their cash aid to arrive.

The second tranche of the ESP, meant for May, only began on June 11. The DSWD expects the digital payouts to begin in the “coming days.” – Rappler.com