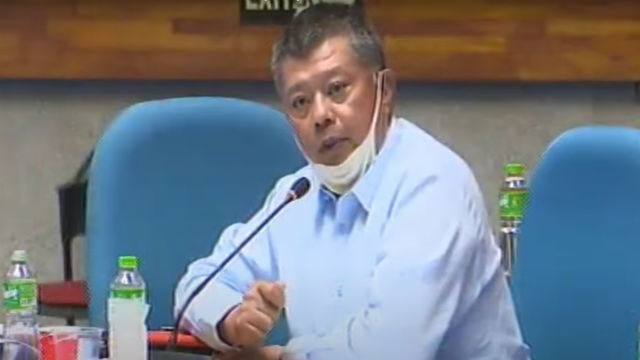 The Cavite 7th District congressman did not mince words against the two broadcasting companies as the House held its 11th joint committee hearing on the issues hounding ABS-CBN’s franchise renewal application.

(We have already elicited facts that this Amcara is a sham… It’s now clear that the dummy relationship between ABS-CBN and Amcara is existing.)

ABS-CBN has a block-time arrangement with Amcara, which owns Channel 43. Using Amcara’s frequency, the agreement allows ABS-CBN to broadcast on several channels through ABS-CBN TV Plus. These include TeleRadyo, Jeepney TV, Yey!, Asianovela Channel, CineMo, and KBO.

Lawmakers said the arrangement qualified as a usufruct, giving ABS-CBN the right to use and benefit from the advantages of Amcara’s property, but the two networks denied this.

As of Wednesday, July 1, the ABS-CBN channels were no longer viewable on TV Plus after the National Telecommunications Commission (NTC) ordered the embattled network to stop broadcasting using Channel 43.

The NTC earlier ordered ABS-CBN to close its television and radio operations after its legislative franchise lapsed on May 4.

Pressed by Remulla during Thursday’s hearing, Amcara chairman Rodrigo Carandang admitted that the transmitters his company was using to air digital TV channels was actually purchased by ABS-CBN.

(We executed a deed of assignment between ABS-CBN and Amcara for the digital transitters because they already bought the equipment…. This is only for the digital operations.)

NTC Commissioner Gamaliel Cordoba told the House panels on Monday that Amcara had also used the franchise of ABS-CBN, which had lapsed last May 4, to broadcast its digital television services. Amcara, he said, was therefore covered by the cease and desist order issued by the NTC against ABS-CBN.

This was what prompted Remulla to say then that Cordoba had “willfully disobeyed the power of Congress to issue franchises…allowing an entity to operate without a franchise and earn money at the same time.”

It was not clear why Amcara used ABS-CBN’s franchise when it (Amcara) is allowed to operate and maintain its own digital television services under Republic Act No. 8135, the law granting the network a 25-year franchise valid until July 16, 2020.

(What Channel 43 used for its digital broadcast was the franchise of ABS-CBN, not Amcara…. They shouldn’t have done that, your honors, because the ABS-CBN franchise you’ve mentioned was already expired and the airing of digital broadcast in that case was wrong.)

Later on in the Thursday hearing, Kabayan Representative Ron Salo asked Amcara president Tony Veloso about the details of their block-time arrangement with ABS-CBN.

Veloso said that for 21 hours a day, 7 days a week, ABS-CBN’s digital channels are the ones available for viewing on Channel 43. The remaining 3 hours are only used to sign off Channel 43 at the end of the day.

When Salo asked if Amcara and ABS-CBN sought a legislative franchise for the block-time deal, Veloso said no.

Remulla argued this scheme had allowed ABS-CBN to circumvent the terms of its franchise.

“Ang lumalabas kasi rito, ‘yong fraud, may element po ng fraud against the legislative power of Congress. Kasi nagmamalinis po eh,” Remulla said, who had previously accused ABS-CBN of “engaging in the usufruct of another franchise.”

(What’s emerging here is fraud, there is an element of fraud against the legislative power of Congress. They’re pretending to be clean.)

Executives of both ABS-CBN and Amcara, however, maintained their block-time arrangement was above-board.

“I was president and chairman also of the KBP Standards Authority, and we have rules and regulations governing block-time agreements. And these agreements are usual in the broadcasting industry po. And it is not a usufruct, your honor. We stand by that, your honor,” said Veloso.