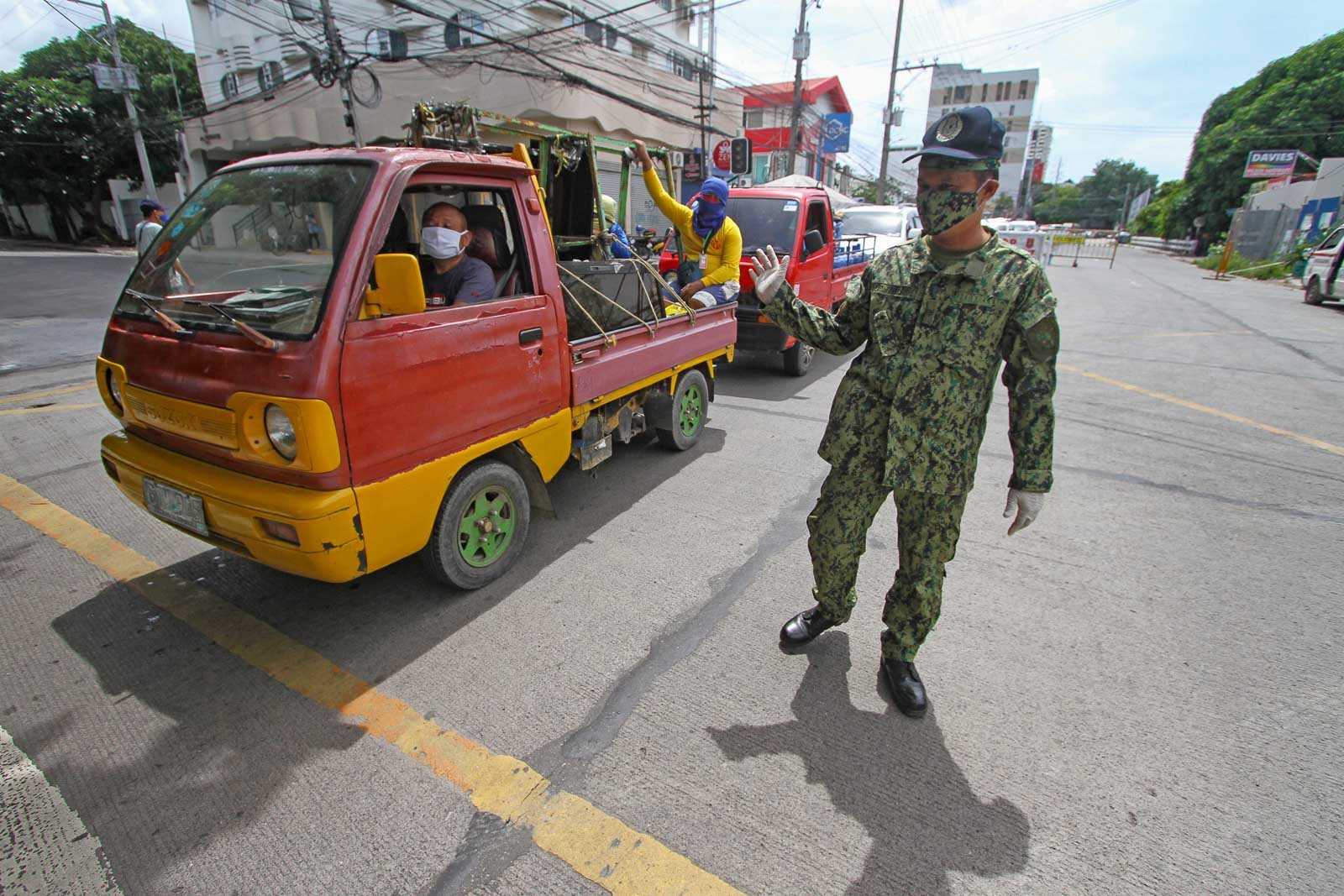 CEBU CITY, Philippines (2nd UPDATE) – A reporter of a local newspaper here was stopped and questioned Thursday, July 2, by the Special Action Force, an elite unit of the Philippine National Police deployed to enforce the city-wide lockdown.

Sheriza Mae Uy of Banat News, the Cebuano-language sister publication of the Cebu City paper The Freeman, was stopped by the cops while she was on duty in Barangay T. Padilla Thursday afternoon.

According to a report by The Freeman, she was “held captive” for 15 minutes before a local police official intervened and vouched that Uy was a Cebu City-based journalist.

The apprehending cop was part of the SAF unit from outside the city and was “Tagalog-speaking,” said the news report.

Meanwhile, Uy said she understood that the cops who stopped her were “just doing their job.”

She told Rappler: “I wasn’t detained nor brought to the police station. I was just stopped for few minutes, and they let me go after verifying my status with the local police.”

According to Executive Order 82 issued by Mayor Edgar Labella, media are among the workers allowed to go out without quarantine passes.

Journalists are only required to show their work IDs when performing their duties.

Delivery and BPO transport drivers, who are also exempted, have complained of being flagged and asked to show identification papers beyond their work IDs and certficates of employment, as provided for by the mayor’s order.

The police force in this city has been beefed up not only by the SAF but by units of cops from Siquijor, Leyte, Samar, Bohol, Negros Island, and Iloilo.

Officials of the Cebu City Police Department said they would brief the “imported” cops on the scope of the quarantine pass exemptions.

Over 178,000 quarantine passes with QR codes have been distributed, but residents said authorities were not honoring these if these did not have the proper sticker.

President Rodrigo Duterte placed Cebu City under lockdown again from June 16 until July 15 as the number of coronavirus cases here continued to rise.

It was the Department of the Interior and Local Government which called in augmentation forces to help local police enforce the lockdown.

As of Thursday, July 2, there were 5,740 total coronavirus cases and 2,562 active cases here, according to the Cebu City Health Department. – Rappler.com