Jul 7, 2020 11:32 AM PHT
Bonz Magsambol
Facebook Twitter Copy URL
Copied
'By July 10, we would be introducing our new way of reporting cases where there would be no fresh and late cases anymore,' says Health Undersecretary Maria Rosario Vergeire 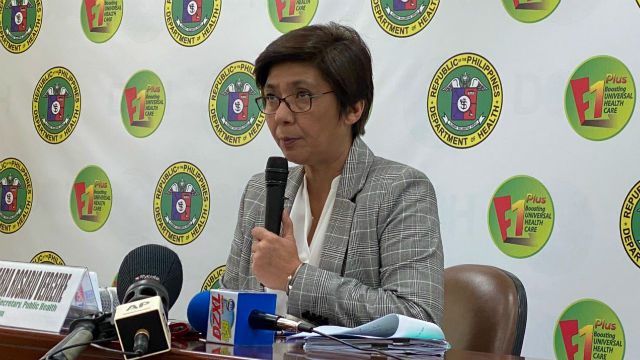 MANILA, Philippines – The Department of Health (DOH) said that it will introduce a new way of reporting COVID-19 cases on July 10.

In an interview with ANC on Tuesday, July 7, Health Undersecretary Maria Rosario Vergeire said the DOH will veer away from its “fresh” and “late” case classifications.

According to Vergeire, the DOH will provide the public the additional cases which will highlight the active cases, instead of the cumulative total.

“We will be putting the epidemiologic curve just to show people when the disease really started, the onset of illness of these individuals who tested positive,” Vergeire added.

Vergeire explained that “active” cases are individuals who tested positive for COVID-19 who might be in the hospital, in quarantine facilities, or under home quarantine. She added that these individuals are still “without the classification of being recovered or might have died.”

In late May, the DOH introduced the “fresh” and “late” classification system to show the public that not all new cases being reported were new.

On Sunday, July 5, the DOH reported 2,434 new cases of the disease – the highest single-day increase so far. On Monday, the total  confirmed COVID-19 cases in the country was at 46,333.

The death toll increased slightly to 1,303, following 6 new fatalities. There were also 243 new recoveries reported, bringing the total number of recoveries so far to 12,185.

Following an increase in the number of coronavirus cases seen over the past few weeks, the DOH also announced on Monday that 11 hospitals in Metro Manila reported full beds dedicated to coronavirus patients in intensive care units. – Rappler.com