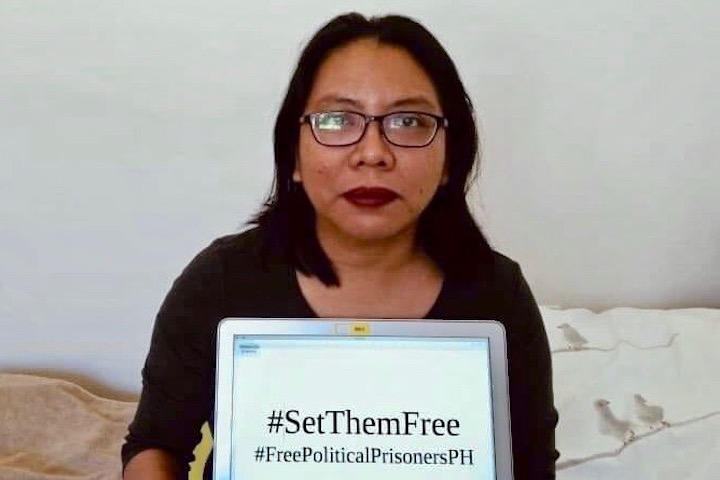 MANILA, Philippines – A pair of cops, disguised as a deliveryman and a civilian, tried but failed to serve on Tuesday, July 7, an invalid arrest warrant to a human rights group leader.

Karapatan secretary-general Tinay Palabay narrated the foiled arrest in a Facebook post. She said that a cop who introduced himself as an “LBC courier” gave her the warrant over a revived perjury complaint against Karapatan’s officers by National Security Adviser Hermogenes Esperon.

What was wrong with the warrant? It was already a null warrant. The warrant of arrest from Esperon’s case was issued while Palabay was out of the country in March. When she returned in April, she posted bail and attended online hearings with the court judge to secure her recall order for the warrant against her.

As stated in the judge’s recall order, the “warrant of arrest… issued against the accused is hereby LIFTED, RECALLED and RETURNED to this court.” This means Palabay should no longer be arrested. 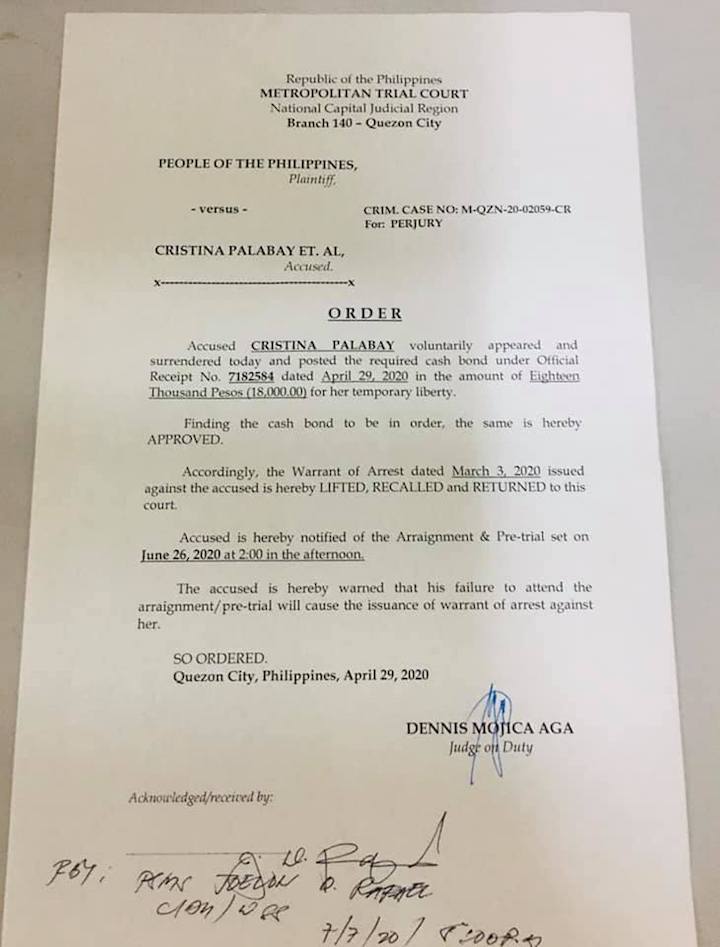 Cops breaking basic procedure? Palabay pointed out that aside from wearing civilian attire and posing as a civilian, the cops did not read her her rights in their attempt to arrest her. She asked them why they failed to follow procedures. She said they replied that they wouldn’t arrest anyone if they followed procedures. (READ: If you’re arrested or detained, know these rights)

Palabay asked for their identification cards. The “deliveryman” initially said he had left his in their car, but he eventually pulled it out of his backpocket.

In an effort to remind authorities that she has already secured her recall order, she posted a copy of the document to accompany her social media post. – Rappler.com