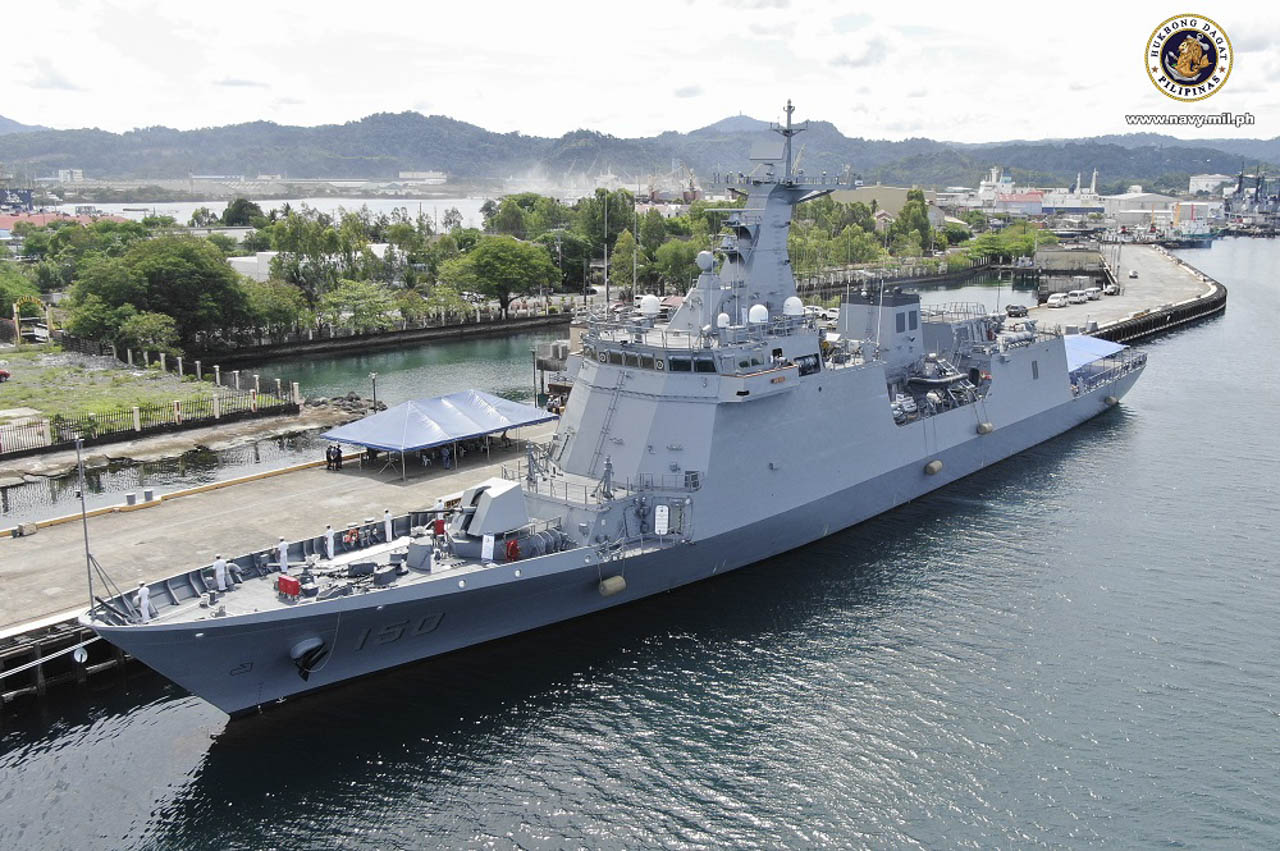 Christened the Barko ng Republika ng Pilipinas (BRP) Jose Rizal, in honor of the Filipino hero, the South Korean-made frigate is the first purpose-built missile-equipped vessel in the Philippine Fleet. It has anti-air, anti-surface, anti-submarine, and electronic warfare capabilities.

“History unfolded for the Philippine Navy, which now has in its inventory a credible warship that is at par with other navies of the world,” the Navy said in a statement.

“We dedicate this ship in honor of our national hero, Dr Jose Rizal, that it may endow everyone who sails on her with the zeal for patriotism and love of country,” Lorenzana said in his speech.

Set to participate in the US-led Rim of the Pacific naval exercises in waters off Hawaii in August, the BRP Jose Rizal (FF150) will be used “purely for defensive purposes,” Lorenzana added.

“Today is the beginning of a new era of development and transformation for our Philippine Navy,” Duterte said in a pre-recorded speech played back at the event.

The BRP Jose Rizal arrived in the Philippines from South Korea on May 23. It remained anchored in Subic Bay for weeks to quarantine its maiden crew of 65 sailors led by Captain Jerry Garrido Jr.

The vessel then docked at the Alava Wharf on June 15, after which a technical inspection and acceptance committee boarded it for examinations.

A second frigate of the Jose Rizal class, the BRP Antonio Luna, is expected to be delivered in 6 months by manufacturer Hyundai Heavy Industries, Lorenzana said. Each vessel is worth roughly P8 billion.

The Navy’s frigate acquisition project began in 2013 under President Benigno Aquino III, and followed through by Duterte. It sparked controversy in 2018 when documents showed then-special assistant to Duterte, Bong Go, had intervened in acquiring the Combat Management System (CMS) for both frigates, a project worth P15.5 billion.

Some questions surround the BRP Jose Rizal’s CMS, which has yet to be certified as compatible with the US-NATO Tactical Data Link 16, important for interoperability with allies’ ships.

Nevertheless, the frigates mark a significant increase in the Philippine Navy’s credibility, and in its capacity to defend the archipelago’s maritime territory. – Rappler.com