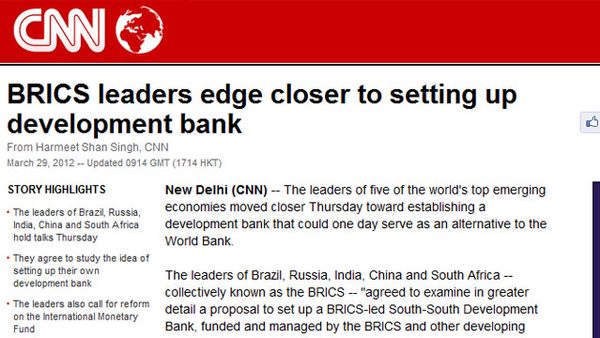 The leaders of Brazil, Russia, India, China and South Africa – collectively known as the BRICS – moved closer toward establishing an alternative to the World Bank. They agreed to examine more closely the creation of a South-South Development Bank, funded and managed by the 5 top emerging economies and other developing countries. The BRICS countries constitute one-fifth of the global economy. According to Indian Prime Minister Manmohan Singh the finance ministers from the BRICS countries have been instructed to study the idea of a development bank and report back in the next summit. They were meeting in New Delhi. Details here.