Jul 4, 2013 5:47 PM PHT
Rappler.com
Facebook Twitter Copy URL
Copied
The negotiating panels will be in Kuala Lumpur July 8-11. Annexes to the deal yet to be completed tackle wealth-sharing, power-sharing, and normalization. 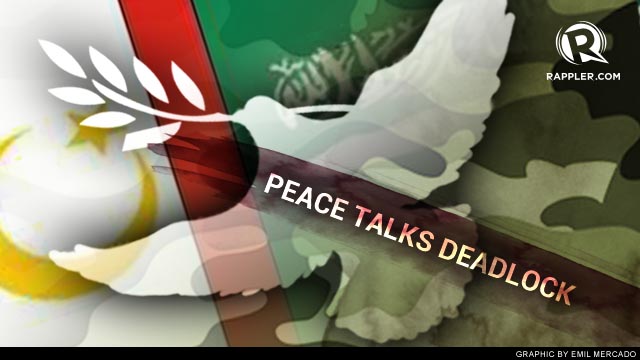 Pat Sarenas, chair of the Mindanao Coalition of Development NGO Networks (MinCODE), echoed the the MILF’s desire to complete the transition toward the new Bangsamoro political entity by 2016.

Mary Ann Amado, secretary general of the Mindanao Peoples’ Caucus (MPC), said members of the civil society must act like mothers in labor to give the “final push” for the birth of the new Bangsamoro.

Of the 4 annexes required to complement the Framework Agreement on the Bangsamoro, only the annex on transition arrangements and modalities has been signed. Yet to be completed are the annexes on wealth-sharing, power-sharing, and normalization.

In a joint statement, conference participants said: “We also call on President Aquino, who has declared bringing peace in Mindanao to be one of his legacies, to use the ongoing peace negotiation as an occasion to examine flexibilities in the bureaucratic process of the national government, so that the critical mechanisms that will be embodied in an upcoming political settlement can also be accommodated.”