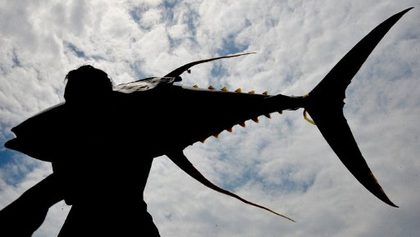 In the recently concluded 8th annual meeting of the Western and Central Pacific Fisheries Commission (WCPFC) held on March 26-29 in Guam, the Philippines was given the go-signal for a limited number of its fishing vessels to enter two pockets of Western Pacific high seas for at least one year. This, despite several island-nations in the area pushing for tighter controls.

These pockets of high seas were closed to tuna and purse seine fishing for two years beginning 2010.

The area covers more than 306,000 square miles of open seas south of Micronesia and north of Indonesia and Papua New Guinea, where over 38 Philippine-flag purse seine fishing ships used to operate.

It is unclear yet how many of these Philippine fishing vessels will be allowed back in the contested area but industry sources here said the lifting of the ban will benefit RD Fishing and Frabelle Fishing, 2 of the country’s largest tuna fishing fleets which have already established bases in Papua New Guinea and have concession areas in Palau.

The 2 Pacific Island nations are near these pockets of seas in the Western Pacific.

Although the WCPFC lifted the ban, it is still imposing a three-month suspension of FAD fishing every year among its member countries. It also required all fishing vessels in the area to allow 100% observer coverage on board all purse seine operations.

Lifting of the ban

The next WCPFC meeting will be held in the Philippines in December.

The WCPFC is a sanctioning body with 18 members and 33 participating countries.

The Philippines is a signatory to the conference.

General Santos City is acknowledged as the country’s tuna capital and is host to 6 of 7 tuna canneries in the country.

Industry sources said some 120,000 residents here are directly and indirectly dependent on the industry.

The Philippines has been lobbying for the lifting of the ban, citing the severe economic backlash on the country’s tuna industry.

It even cited the slaying of 15 fishermen off the coast of Basilan in southern Philippines in January caused by rivalry over narrowing fishing grounds as a result of the WCPFC ban. – Rappler.com