Book on Military Corruption, “The Enemy Within,” Launched 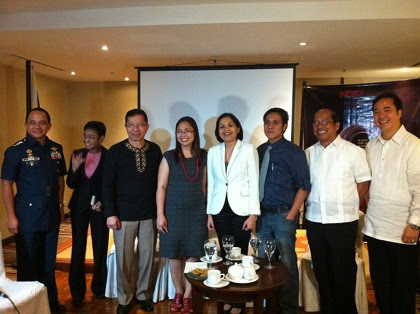 The enemy is stubborn, multi-headed and all over the place. Military and civilian leaders admit as much. But in the daunting combat against corruption, they say there are still weapons left to beat the Armed Forces’ decades-long nemesis.

Current and former government officials tackled steps to fight military corruption in an open forum Wednesday that marked the launch of the book, The Enemy Within: An Inside Story on Military Corruption. The book is the work of Newsbreak journalists Glenda M. Gloria, Aries Rufo and Gemma Bagayaua-Mendoza.

“The AFP’s principal mandate is to defeat the enemies of the state. Having written this book, we are convinced it will never succeed in this task if it fails to fight — and defeat — the worst enemy of all, the enemy within,” said Gloria.

The Enemy Within focuses on the problem of conversion or the use of the budget for unintended purposes. Conversion allowed soldiers and officers to commit fraud to meet combat requirements.

While the conversion and pabaon scandals exploded earlier this year, Gloria said that the book actually began in 2004, when news broke about the unexplained wealth of then military comptroller Maj. Gen. Carlos Garcia. But she said that for years, military and civilian agencies like Congress, the Office of the Ombudsman, and the Commission on Audit turned a blind eye on the controversy and other shenanigans.

“We wanted to connect the dots between military corruption and civilian neglect or complicity,” Gloria said. “Without stewardship and oversight, one cannot defeat this stubborn enemy called corruption.” 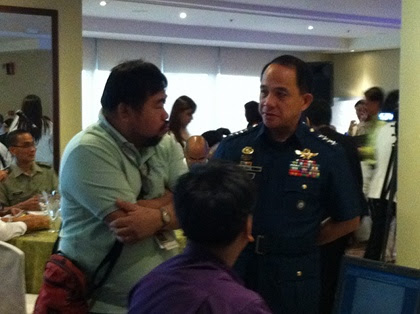 Oban said the AFP is conducting a manpower inventory that will list how many persons should be in a particular unit and the specific equipment that the unit needs. The information will be contained in a document called Table of Organization and Equipment.

The Enemy Within points out that the overestimation of the number of troops in the AFP led to extra funds that were misused and abused.

Oban promised to release the Table by the end of October or mid-November. He said it will be used as basis for logistics and financial management, and for a blueprint of reforms he is submitting to President Benigno Aquino III before he retires in December.

Abad said the Department of Budget and Management is preparing a centralized payroll system to ensure transparency and accountability in various government agencies.

“Money is not going to go through the offices anymore but salary will be paid by the National Treasury to the bank account of employees,” he said.

Abad added that by the end of the year, the DBM will test a purchase card system with the AFP and COA to lessen troops’ dependence on cash advances. “The problem was you would not know where the money [for the cash advances] is coming from, and where it will go.”

3. Punishing the big and small fish

To make reforms sustainable, Abad said government is working to ensure the closure of symbolic cases of corruption like that against Garcia. In September, Garcia was arrested and detained after Aquino approved a 2005 court martial verdict that found him guilty for misdeclaring assets and hiding his status as a permanent US resident. Ombudsman Conchita Carpio-Morales, meanwhile, seeks to revive his plunder case.

“When Gen. Garcia was sent to jail, you cannot imagine the impact of that on the national psyche,” said Abad.

Oban also said he is willing to publicize sanctions against low-ranking officials found guilty of corruption so the public can see tangible examples of reform. 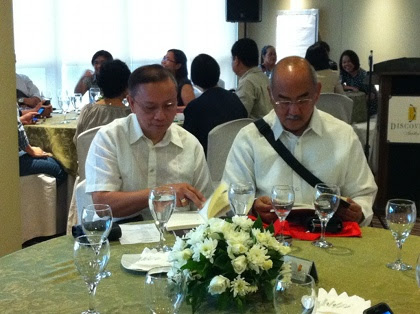 Mercado, a former defense secretary, stressed that positive changes must be institutionalized to avoid what he called “BSDU” or “balik sa dating ugali.”

To do this, he said the bill prescribing a fixed term for the chief of staff must be passed.The Enemy Within discusses how the so-called revolving door policy of appointing short-term chiefs of staff has become a hindrance to reform.

Mercado also pushed for the passage of the Freedom of Information bill. “We can debate national security issues in Congress and put paramaters [because] so many crimes have been committed also in the name of national security.”

Abaya, a naval officer-turned-lawmaker, said the culture of corruption must be broken by educating military officers early on. He recommended that The Enemy Within be mandatory reading for cadets of the Philippine Military Academy.

“We are born into the system. Young lieutenants are put into positions of responsibility not knowing what COA procedures are, what bidding procedures are. It is not a primary concern of a young lieutenant to determine every time what is right or wrong. The two most important things for an officer  are men and mission. So conversion lends a very flexible tool to address the true priorities of an AFP officer.”

“During our time, there was no such book, we tried to figure out what was happening. Through [this book], you could get their feet wet quickly and questions will be asked early.”