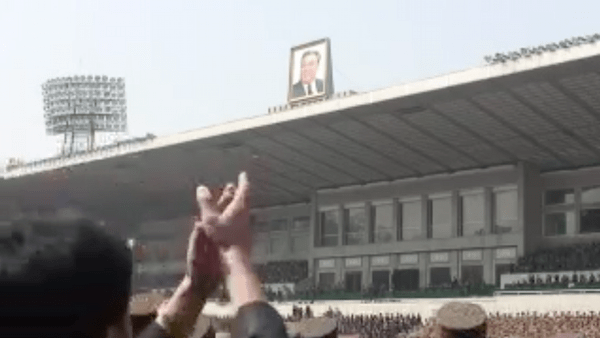 So what if North Korea’s rocket launch last week lasted no more than two minutes after takeoff? On Sunday, April 15, new leader Kim Jong Un spoke in front of a massive crowd and watched a grand military parade where North Korea unveiled a new missile, which is larger and potentially a dud meant to be part of the show for the 100th year of the country’s founder, Kim’s grandfather. In his first televised speech, Kim Jong Un praised the “military first” doctrine his family has instilled and vowed that threats to the country are “forever over.”