Gigi Reyes: ‘Nothing worse than betrayal’ by Enrile

Sep 22, 2013 12:53 AM PHT
Rappler.com
Facebook Twitter Copy URL
Copied
'The worst blow has just been dealt upon me by no less than the camp of Senator Juan Ponce Enrile, the man I served with full dedication, honesty and loyalty for 25 years' 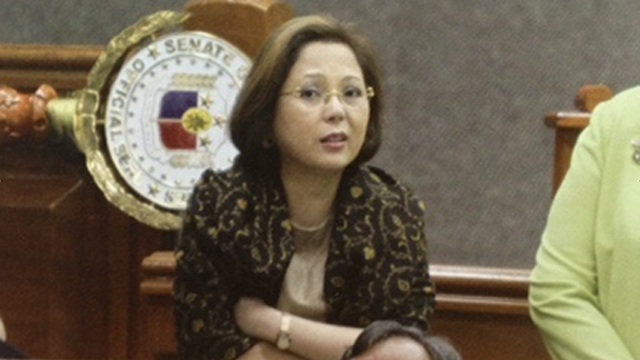 MANILA, Philippines (Updated) – “Nothing can be worse than this kind of travesty and betrayal,” Jessica Lucila “Gigi” Reyes, former chief of staff of Sen Juan Ponce Enrile, said in a post on Facebook Saturday, September 21.

She typed in all caps, “the worst blow has just been dealt upon me by no less than the camp of Senator Juan Ponce Enrile, the man I served with full dedication, honesty and loyalty for 25 years.” Her post was published by ABS-CBN News in its website with permission and in full.

Reyes was reported to have signed endorsement letters — as Enrile’s authorized representative — for Janet Napoles-linked NGOs that are being linked to a multi-billion-peso pork barrel scam.

Reyes irrevocably resigned in January 2013, following a different scandal: the Christmas “cash gift” given by Enrile to some of his allies in the Senate.

‘I, not Enrile, will be liable’

She said that a certain lawyer, Enrique dela Cruz, has been telling media that Enrile did not give his blessings to any of the acts she performed on his behalf. “He directly accused me of doing things without the Senator’s knowledge and going beyond the authority conferred upon me,” said Reyes.

Dela Cruz, according to her, also went on to say that Enrile’s office was investigating her and that she, not the senator, would be held liable.

She said this was contrary to what Enrile told her the last time she spoke to him from abroad. Enrile told Reyes that he would stand by the authority he issued to her.

“He even told me to be strong; that we will fight together to prove the accusations against us are false and fabricated.”

Again, in all capital letters, she wrote, “If indeed these statements are sanctioned by or coming from my former boss, then nothing can be worse than this kind of travesty and betrayal.”

‘Inquirer was cruel to me’

She confirmed reports that she left the country on August 31, saying that she did so “to seek some peace and quiet amid the barrage of adverse and downright insulting publicity and commentary against me in the mainstream and social media.”

Reyes, in particular, singled out the Philippine Daily Inquirer (PDI) as being “especially cruel” to her.

“Even as I tried to answer in all candor and honesty the texted questions of its reporter, Norman Bordadora, the PDI maliciously twisted my reply,” said Reyes. “The PDI evidently has an ax to grind against me,” she added.

Over a private dinner in a posh Makati mall a few months back, Reyes recalled, “PDI editor-in-chief Mrs Letty Jimenez Magsanoc openly told us about her deep personal hurt over the Senator’s published ‘Memoirs’ which recounted the beginnings of the PDI and what she called the ‘unfair’ portrayal of Ms Eugenia ‘Eggie’ Apostol.”

Before she left the country, Reyes said that she had arranged a legal counsel for her defense, adding that “it was a foregone conclusion” that she would be among those to be sued by lawyer Levito Baligod in connection with the pork barrel scam.

Gonzales was the former editor-in-chief of the Manila Bulletin, while V. G. Reyes was a former ambassador.

At the end of her post, she waxed biblical, saying, “There may be no saints among us and I do not profess to be one. Yet, as it has been in all of human history, it is easy for sinners to cast stones.”

“I have faith in GOD and my fate rests solely in His Hands and in His Divine Mercy.”

According to Reyes, she never once thought that this day would come. But it did. – Rappler.com