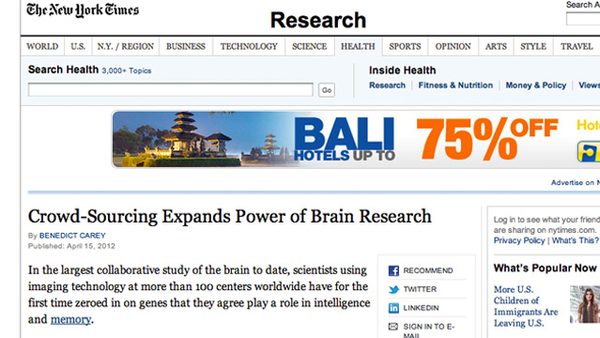 Technology and the Internet is shifting everything about our world – from business models to brain research.  Tapping the power of social networks is giving researchers wider reach and giving new meaning to the phrase “the wisdom of crowds.”  Scientists announced the largest collaborative study of the brain done so far, using imaging technology from mroe than 100 centers around the world and fusing that with genomics.  “What’s really new here is this movement toward crowdsourcing brain research,” said UCLA neurology professor Paul Thompson.  “This is an example of social networking in science, and it gives us a power we have not had.”