Palace: We will not give up looking for Palparan 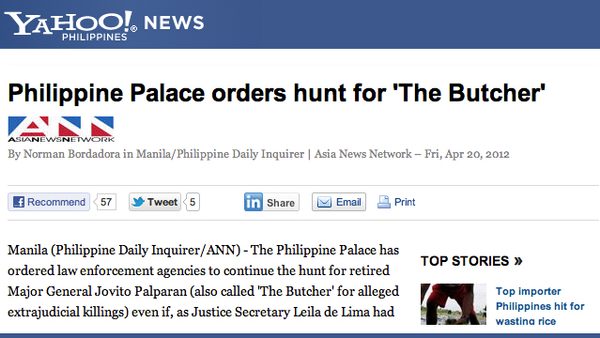 Despite admissions by Justice Secretary Leila de Lima that authorities are clueless as to where Major General Jovito Palparan is hiding, the Palace vows to keep on looking. Communications Secretary Ricky Carandang adds the effort has to be done “wholeheartedly” and reminds agencies of their duties. He adds the trail blows hot and cold, but that will not stop authorities from pursuing Palparan. The fugitive general dubbed “The Butcher” is wanted for the disappearance of two female University of the Philippines students.