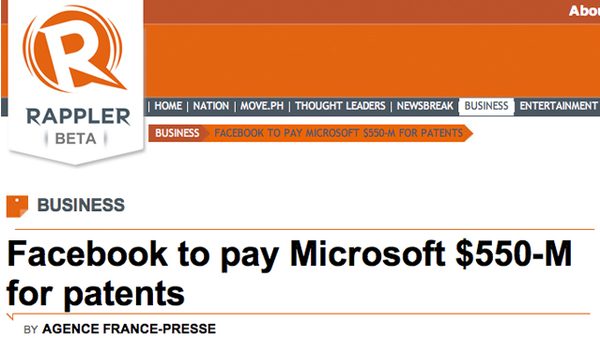 Facebook is on the move ahead of its much anticipated IPO next month.  According to its filings with the US Securities and Exchange Commission, the number of people using the world’s largest social media platform increased to 901 million.  On Monday, it announced its quarterly profit fell to $205 million compared to last year’s $233 million despite a surge in revenue.  FB says it’s increasing its research and promotion expenses ahead of next month’s stock market debut.  It’s also made high-profile strategic moves, like buying Instagram for a little more than $1 billion two weeks ago. On that same day, Microsoft paid $1 billion for patents from AOL.  Now Facebook will pick up about 650 of the 925 patents that Microsoft bought from AOL for $550 million.

Read more about Facebook’s net income drop  and its patent purchase on Rappler.