Nov 15, 2013 5:54 PM PHT
Facebook Twitter Copy URL
Copied
The government puts up a 'one-stop-shop' to cater to all incoming assistance 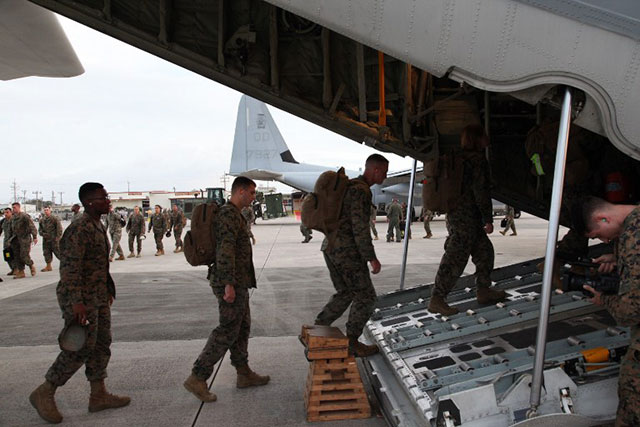 MANILA, Philippines – The Department of Foreign Affairs (DFA) has so far tallied P5.4 billion (US$126.8 million) of assistance. Aid in its various forms is trickling into the areas affected by Super Typhoon Yolanda (Haiyan) while the rest of the relief efforts pledged by foreign governments and international agencies have yet to reach the country.

Different government agencies are now working together to speed up the clearance process of aid and personnel coming into the country.

So far, the steps for international aid processing/record-keeping are as follows (as explained by DFA spokesman Raul Hernandez and Secretary to the Cabinet Jose Rene Almendras in press briefings):

Aside from collating aid information the DFA is also receiving requests for diplomatic clearance involving the entry and exit of foreign military, government or government-chartered aircraft and seacraft providing humanitarian assistance and disaster response operations. DFA spokesman Raul Hernandez said they are forwarding the necessary information to the concerned agencies for swift consideration.

He added the government has already deployed a number of Philippine troops to the areas affected by the disaster who are now monitoring the security situation.

“Our security forces are making sure that the people there including the donors and counterparts in the Philippines are safe and secure, which is actually the responsibility of the Philippine government,” Hernandez added. – Rappler.com