A year of sin tax: More work ahead

Dec 21, 2013 10:41 PM PHT
Facebook Twitter Copy URL
Copied
Even with an increase in excise taxes since the sin tax law was enacted, the country's cigarette and tobacco prices are still among the lowest in the world 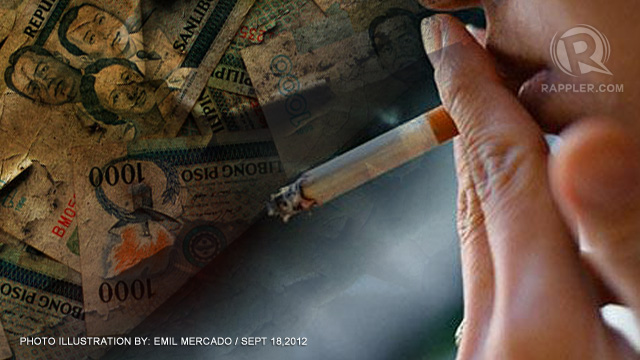 Health advocates on Friday, December 20, said that exactly a year after the “game changer” Sin Tax Bill was passed into law, evidence still trumps the lies and myths propelled by critics to undermine the legislation.

One such “doomsday announcement” is the death of the tobacco industry.

“[The] doomsday announcement then [was that] industry will die. Mamamatay ang industriya, mawawalan ng trabaho ang maraming employees ng tobacco and alcohol companies (The industry will die, and many employees of tobacco and alcohol companies will lose their jobs),” senior economist Joann Latuja-Diosana of health group Action for Economic Reforms (AER) said.

In a factsheet provided by AER, the group cited two examples: Philip Morris and Mighty Corporation.

The group added that the displacement of tobacco farmers “failed to materialize,” with production and exports of tobacco leaf boasting of even more robust figures. 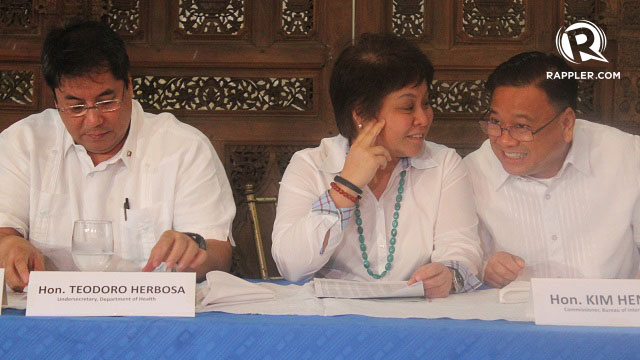 “[The death of the industry] can possibly happen, but it will take several years…But this will not actually happen in our lifetime. We would be gone by then, but we won’t see zero prevalence of cigarette smoking in the country. It will take a long long time,” Maricar Limpin of the Framework Convention on Tobacco Control Alliance, Philippines (FCAP) said in a mix of English and Filipino.

The market still exists, Limpin said, and very large at that. In fact, the Philippines is still seen as a good market, she said. Rep Isidro Ungab added, the country’s prices are still among the lowest in the world.

A Department of Health (DOH) survey among Cotabato teens also showed that despite the higher excise taxes on cigarettes, 41 of 309 respondents or 13.3% increased their consumption.

(Interestingly though, some smokers increased their consumption even if [taxes] increased. So you will have both: people who will still continue to smoke despite the high cost. Those are really the addicts, because for the addicted, whatever the price, they will pay.)

The challenge is to bring in more stakeholders – not just health advocates – to improve the changes that began since the sin tax law was enacted.

“Today, we know lifestyle is not a choice but a response to environment…The new concept of lifestyle: let’s change the environment. If that’s what we want to do, health needs to go out of the health sector; [it is] a responsibility of [a] whole society,” said Antonio Dans, president of the Philippine Society of General Internal Medicine, in a mix of English and Filipino. – Rappler.com