Jan 18, 2014 10:12 PM PHT
Buena Bernal
Facebook Twitter Copy URL
Copied
The Palace is hopeful that telecommunications companies and officials could agree on how to proceed with the Cybercrime law 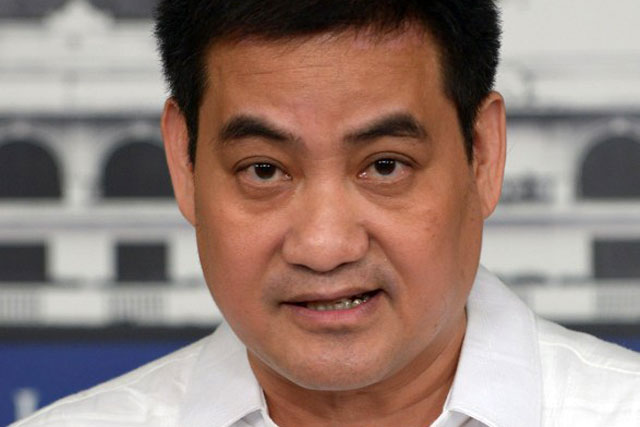 In a dzRB interview, Presidential Spokesman Edwin Lacierda said an anti-cybercrime law – passed in September 2012 but blocked by the Supreme Court (SC) a month after – could have helped the country in its efforts to curb online prostitution.

Lacierda disapproved of the country being known as a global source of child pornography.

The government, he said, intends to crack down on “any syndicates that will prowl on our minors.”

“That is something that we will really pound the hammer on,” he added.

A legal debate over the law’s provisions on online libel, the state’s power to shut down websites and monitor online activities, and liability on data transmitted is being tackled by the High Court.

Lacierda described the debate as “a ticklish issue.” Telecommunications companies and state officials could hopefully reach an agreement, he said.

The Department of Justice (DOJ) earlier said that its cybercrime unit couldn’t go on “full blast,” as it awaits the SC ruling. (READ: De Lima: Not enough resources in anti-cybersex effort)

The High Tribunal is set to rule on the country’s cybercrime law, whose first version was filed in the Philippine Congress 11 years before a law was eventually passed.

Currently, apprehended online traffickers and child pornography pimps are charged in violation of various other Philippine laws. These include:

Meanwhile, Senator Loren Legarda said the upsurge in online child pornography – with the Philippines in the midst of the issue – is “another storm brewing in the country.”

Legarda in October 2013 filed Senate Bill No. 532 or the Anti-Computer Pornography bill, which penalizes the transmission of “indecent and immoral material” to minors through electronic mail and other electronic media.

The bill also contains provisions that raise questions on liability and who is responsible for data transmitted online – whether it is the source of the material alone or whether it should include those that transmit the material with the knowledge of its character.

For its part, the Inter-Agency Council Against Trafficking (IACAT) has implemented preventive measures given the “threat that these cybercrimes pose especially in developing countries.”

In 2013, the council created the IACAT Cyber Trafficking Unit (ICTU). ICTU serves as the foreign liaison with the United States Homeland Security Investigation, which provides assistance in busting cybercrime syndicates or groups in the Philippines.

Two April 2013 operations led to the rescue of 8 victims, 5 of them minors. The entrapments were prompted by online advertisements posted by two pimps with Internet pseudonyms “Mhaelaq” and “whoreboy.”

In November, ICTU’s monitoring tool dubbed “Cyber Trafficking Cop” took notice of an internet website “Play Gurl Bunnies” that appeared to be used for online prostitution. An entrapment led to the rescue of 3 victims, one of them a minor.

IACAT is primarily tasked to tackle human trafficking in the country. It is headed by the DOJ and the Department of Social Welfare and Development, and is composed of 6 other member-agencies. – with reports from Agence France-Presse/Rappler.com