Feb 14, 2014 6:18 PM PHT
Facebook Twitter Copy URL
Copied
Health Secretary Enrique Ona says the problem in the Philippines is maldistribution of doctors and the incentives given to them 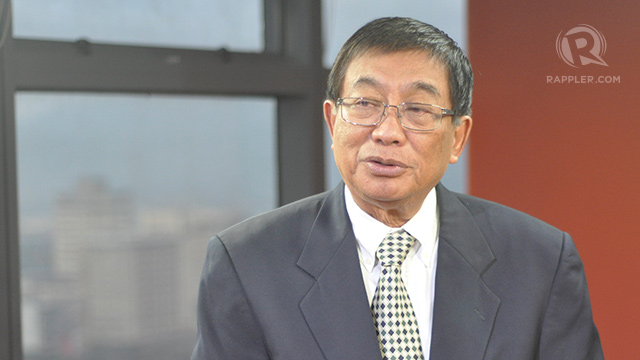 MANILA, Philippines – Three days after Department of Health (DOH) Undersecretary Ted Herbosa admitted a shortage of doctors in the country, the head of the health department said there is no shortage, only maldistribution.

In fact, Health Secretary Enrique Ona said there are enough doctors in the country – maybe even more than enough.

“Sa mga doctor ho kasi bihira ho kami mag-agree with each other. But someone claimed that we have a shortage of doctors. There’s no such thing.”

(Among doctors, we seldom agree with each other. But someone claimed that we have a shortage of doctors. There’s no such thing.)

Ona’s figures are higher than those of Dr Adrian Rabe of the Philippine Society of General Internal Medicine. (READ: Where are the health workers?)

Herbosa earlier said the shortage in doctors is also a global phenomenon, with the Philippines supplying other countries with Filipino nurses and doctors who want higher-paying jobs.

This year, the shortage in the country is expected to reach 930,000, the Philippine Medical Association said in a Philippine Star report.

There is no need to worry though, Ona said, since figures show an obvious surplus of health professionals in the country.

“As a matter of fact, as a country, tayo ang hindi dapat matakot (we should not be the one who should be afraid). The problem is in the system,” he said.

Specifically, the problem is maldistribution, as most physicians and other health workers prefer to stay in urbanized areas where they can be compensated properly.

In the poorest and farthest communities, Ona noticed the average stay of local government-hired doctors is only 3 years, which is not surprising because “not all doctors will suffer forever.”

Since 1992, the delivery of health services has been devolved to local government units (LGUs), including the nitty-gritty of service – that is, health reporting and health care. (READ: 5 things we serve barangay officials on a silver platter)

The devolution also placed hiring and the salary of health professionals at the discretion of the LGUs.

He cited DOH’s “Doctors to the Barrios” program as an example. Their doctors get a monthly salary of P54,000, compared to the P20,000 to P25,000 that doctors hired by other local government units get.

“Kung ganun ho ang ibabayad niyo sa doctor, tatagal ba yun? Ganun lang kasimple yun (If you pay a doctor that much, will he last? That’s how simple it is),” he said.

It goes back again to the role of the local government: to take care of doctors to keep them from leaving.

(The mayor of that town must work very hard to keep the doctors there. What should be prioritized? The facility should be good. The doctor will not be happy if all he uses in his practice is a stethoscope and a syringe. If that’s all that is left in your health center, the doctor will not last.)

He also urged LGUs to give doctors capacity to earn so they can practice their specialization, or the kind of medicine they trained for.

In January, Ona told Rappler they are proposing an amendment to the Local Government Code that will revert direct supervision of provincial health officers and municipal health officers back to DOH, and away from governors and mayors. (READ: Ona: Take health care out of politicians’ hands) – Rappler.com