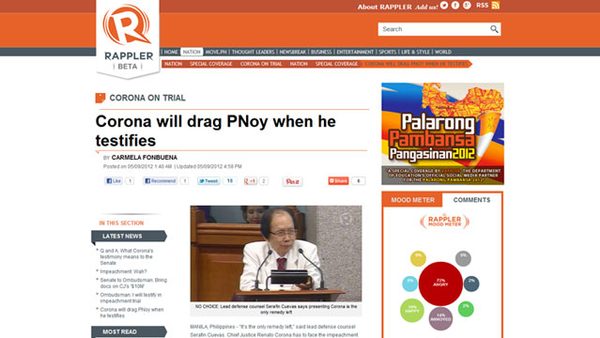 Philippine Supreme Court Chief Justice Renato Corona will testify in his trial, but his lawyer says he will make it personal – dragging in President Benigno Aquino III.  Also expected to come to a head: a confrontation with former SC Justice Conchita Carpio-Morales, now the Ombudsman who led the investigation into Corona’s alleged $10 million.  Carpio-Morales is a relative of the man Corona identified as his rival in the High Tribunal: Antonio Carpio.