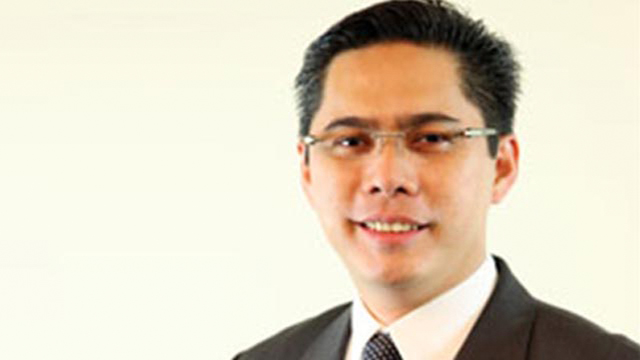 MANILA, Philippines – If you have nothing to hide, submit yourselves to a lifestyle check.

“I am also issuing this public challenge to the principal suspects in the PDAF scam….Please submit yourselves to the same lifestyle check and execute waivers of the benefits of the bank secrecy law so the public may know once and for all who is telling the truth,” Cunanan said in a statement released Monday, March 3.

Cunanan is on indefinite leave as director general of state firm Technology Resource Center (TRC), among the government agencies that supposedly received one of the largest chunks in the illegal diversion of taxpayers’ money to fake non-governmental organizations (NGOs).

In his testimony, Cunanan said the 3 senators handpicked and even endorsed as “legitimate and bonafide” the bogus NGO-recipients of their funds coursed through TRC. (READ: Senators’ calls caused panic – Cunanan)

Justice Secretary Leila de Lima said Cunanan’s testimony debunks the claims of the 3  that they only allowed the release of their pork barrel to NGOs but were not privy to the latter’s irregular transactions nor the fact that they were fake.

The outgoing TRC Chief earlier said he is willing to go through a lifestyle check as he “did not receive any monetary benefits from the perpetrators of the PDAF scam.” (READ: PDAF scam witness Cunanan willing to undergo lifestyle check)

Cunanan, who is under the provisional coverage of the DOJ Witness Protection Program (WPP), also tagged as “malicious” an ABS-CBN television report that alleged he did not declare  in his Statement of Assets, Liabilities, and Net Worth (SALN) a P40-million property in an exclusive Quezon City subdivision.

“The news feed was maliciously crafted by taking unverified claims and intercalating them with true facts to give them the semblance of truth and ending with insinuations of wrong-doing,” said Cunanan.

He said this was “obviously part of a well finance demolition job aimed at destroying my credibility as a possible witness for the state against the powerful masterminds of the PDAF scam.”

Cunanan explained that the property is owned by his businessman-brother, Darius, who then leased it to him.

“At the time my brother acquired the property, the price for the house and the lot where it is built was around P12 million. I am certain that it has appreciated in value, but I don’t believe it is worth anywhere near P40 Million,” he said.

“On the night after the facade of the house… was shown and/or the name of the street and subdivision where the house is located were mentioned in the broadcast/reports, my family started noticing numerous suspicious vehicles lurking around the street where we stay,” he said in his statement.

Cunanan appealed to the media to “consider the safety and well-being of my family, particularly children who are all still minors.”

“Please do not mention the name of our street and subdivision and please do not show images of the house where we are staying in a manner which will make it readily identifiable,” he said.

De Lima said there are real security concerns surrounding Cunanan and even the other state witnesses but refused to elaborate.

“We cannot afford to play it down, or we cannot afford to ignore those… in the meantime the WPP, in coordination with the NBI, are doubling their efforts and the security measures,” De Lima said. – Rappler.com