Mar 10, 2014 5:09 PM PHT
Rappler.com
Facebook Twitter Copy URL
Copied
'Our FOI bill is not an inutile law so we made sure that the version that was passed is not diluted,' says Senator Grace Poe 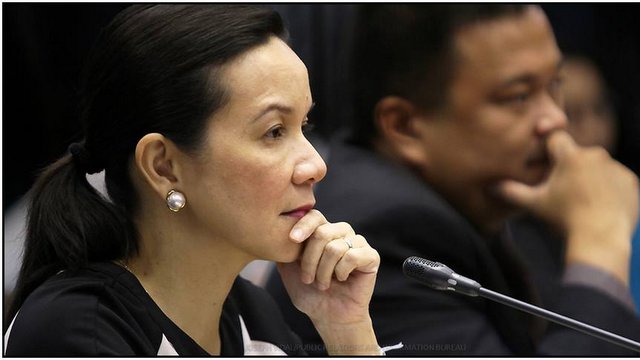 MANILA, Philippines – The Senate on Monday, March 10, passed the Freedom of Information (FOI) bill on third and final reading with 22 affirmative votes, no abstention and no negative vote.

In explaining her vote for the FOI bill, Senator Grace Poe, bill sponsor, said the first FOI bill was filed in Congress 21 years and 8 months ago, “in honor of the landmark principle enshrined in the 1987 Philippine Constitution that ‘Public office is a public trust.'”

“It was also in the same period that the citizens wanted to have access to information on public debts incurred by the country and data on the status of the land ownership of hacenderos [landowners] and sakadas [tenant farmers] in the agrarian reform sector,” she said.

Poe said that the “high significance” of the People’s Freedom of Information Act “is reflected in the very situation as well as problems confronting the country at present,” in apparent reference to controversies involving alleged corruption among public officials such as the pork barrel scam.

In an interview with reporters, Poe said that the FOI bill is not a diluted version of the measure but a consolidation of various proposed measures from the Senate, the administration, and civil society organizations “that the Filipino people can be proud of.”

“Ang FOI natin ay hindi isang inutil na batas kaya siniguro natin na hindi malabnaw ang papasang version,” said Poe, chair of the Senate committee on public information and mass media. (Our FOI [bill] is not an inutile law so we made sure that the passed version is not diluted.)

Chances in the House

Asked about the chances of the FOI bill in the House of Representatives, where it did not reach plenary debates in the last Congress, Poe said Speaker Feliciano Belmonte Jr has assured her that the House would pass it in the 16th Congress.

Responding to questions, Poe said that a group is setting up a meeting between her and Camarines Sur Representative Leni Robredo, who is among those being eyed as an FOI advocate in the House.

She said the meeting with the House counterparts would be done “as soon as possible” or next week, after the break.

The FOI is among the Senate’s priority measures this year even without presidential certification of the proposed measure as urgent.

Senate Majority Leader Alan Peter Cayetano urged the House to follow the lead of the Senate and heed public clamor for the enactment into law of the FOI bill.

“The House, the Senate, and Malacanang should be partners in promoting transparency in the country. Enacting the FOI measure into law is a good first step in regaining the people’s trust in the three branches of the government,” Cayetano said.

“The disclosure of government actions under the FOI bill will be a crucial and effective deterrent against possible malfeasance and corrupt practices by those in power. The proposed legislation is our way of acknowledging that the people’s eye is the most potent tool against corruption in our government,” Drilon said.

Senator Miriam Defensor Santiago hailed the passage of the bill which includes her proposed amendments, such as the mandatory disclosure of the Statement of Assets, Liabilities, and Net Worth (SALN) and the monthly income of top government officials.

This also applies to the SALN and monthly income, including sources of income, of public officials with salary grade 27 and above.

Under the measure, Filipino citizens will have the right to request and be granted access to records or information under government control, with certain exemptions.

These include information that would jeopardize national security, foreign relations, law enforcement operations, trade and economic secrets, individual’s right to privacy, privileged information as considered in judicial proceedings, or information made in executive sessions of Congress and those  covered by presidential privilege.

Such exemptions, however, shall not be used to cover up a crime, wrongdoing, and other illegal activities.– Rappler.com