Arroyo asks for family time at VMMC for her birthday 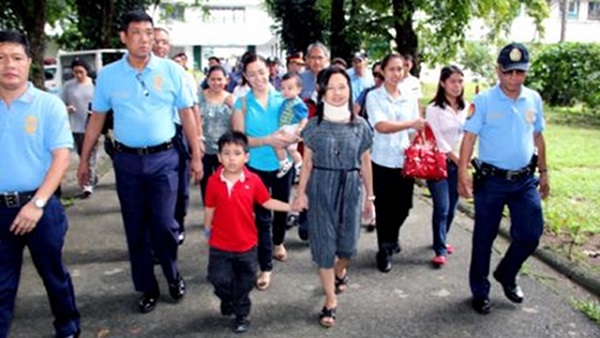 Former president and now Pampanga congresswoman Gloria Macapagal-Arroyo asked the Sandiganbayan on Tuesday, April 1, to allow her family and relatives to stay with her at her suite at the Veterans Memorial Medical Center (VMMC) for her birthday. Arroyo celebrates her 67th birthday on April 5, Saturday. Arroyo has been under hospital arrest since October 4, 2012. She is facing a plunder charge for allegedly conspiring with Philippine Charity Sweeptakes Office executives to misuse around P366 million in intelligence funds during her presidency. Her health has deterioration due to problems with her spine, according to doctors. Arroyo’s lawyers said the anti-graft court allowed such visits in the past on Christmas Eve and Christmas Day. But security protocol prohibits visitors from staying overnight.