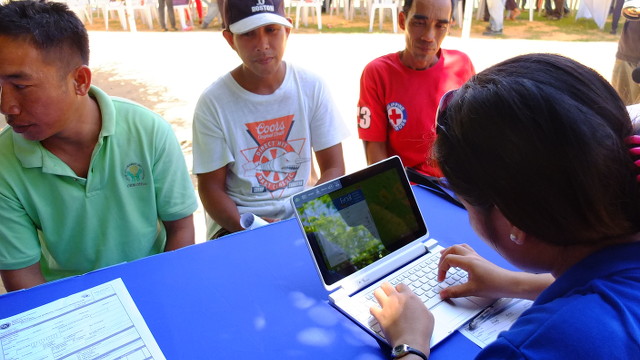 BOHOL, Philippines – In the coastal town of Talibon, Bohol, two hours from Tagbilaran through rutty zig-zagging roads, you can easily post on Instagram and have a Skype conversation with a friend in another continent.

All thanks to a white box perched atop a slender metal pole watching over the town’s public high school.

The box is amplifying television signals – the same one delivering telenovelas and noontime shows to the TV screens of the locals – and using them to connect the town to the Internet.

A smaller box below it converts the boosted TV signal into a form that is read as  WiFi connection by laptops, computers, tablets and smart phones.

On Friday, April 4, government officials and partners from the private sector formally turned over TV White Space technology to Talibon and 5 other seaside towns in Bohol.

Other than enabling locals to use social media or search the Net, TV White Space technology will help the government attain its goal of having all municipal fisherfolk in the country register into a database.

Eventually, the government hopes to use TV White Space to achieve 99% connectivity in the Philippines by 2015.

Too ambitious? Not for TV White Space.

Because it rides on TV frequencies, TV White Space connectivity follows the curvature of the Earth’s surface. It can encompass large bodies of water, reach the tops of mountains and bring Internet connectivity even to rural areas with plenty of natural barriers like trees and hills.

Basically, anywhere with a TV signal can be reached by TV White Space.

Here is an episode of #TalkThursday in which DOST Secretary Mario Montejo explains how Internet penetration has spiked partly because of TV White Space:

In contrast, WiFi connectivity enabled by fiber cables is limited by “line of sight.” It can only connect devices that it can “see” or that are nearby. The presence of a barrier can weaken the Internet connection.

“If we use those TV frequencies for data connectivity, instead of being limited to a few hundred meters, we are able to extend connectivity to tens of kilometers.

“With one base station for example, we can already cover 300 square kilometers which here in Bohol covers 30 public schools, a number of health centers and of course all the barangay centers,” Department of Science and Technology Information and Communication Technology (DOST-ICT) Undersecretary Louis Casambre told Rappler. 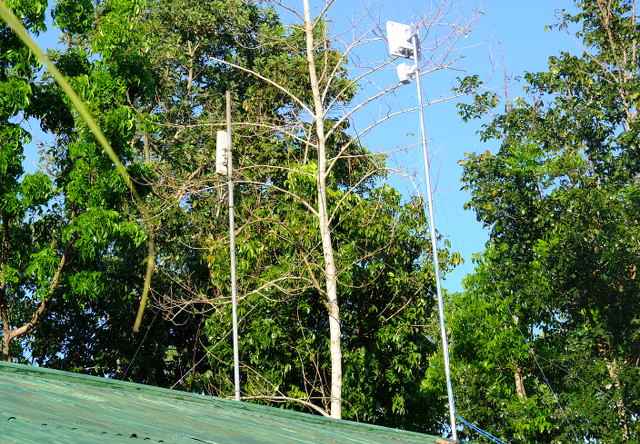 “In old times, these empty channels were necessary so that TV stations would not interfere with one another but that’s no longer necessary. Basically, we’re using wasted spectrum to provide connectivity to those areas that don’t yet have connectivity,” explained Casambre.

TV White Space technology is also more affordable than the usual fiber technology which makes use of long cables that must be buried 3 meters below the ground to bring Internet connection. It costs around US$100,000 to install one kilometer of these cables.

In contrast, TV White Space is wireless. You just need a base station, the TV frequency-boosting boxes known as Consumer Premise Equipment (CPE) and Access Points that turn the frequencies into WiFi connection.

A base station would cost a tenth or 5% of what the fiber cables would cost.

Is this the end of having to pay for Internet Service Providers like Globe, Smart and PLDT?

Not so. The ISPs provide the Access Points still needed to make TV White Space compatible with our gadgets.

But TV White Space can cut consumer cost in half because the ISPs would not have to spend on installing fiber cables. This way, the P900 consumers spend for a connection speed of one megabit per second can be brought down to P450.

TV White Space will primarily be used for the delivery of public services to the people, said Casambre.

The technology’s first litmus test will be the municipal fisherfolk registration program of the Bureau of Fisheries and Aquatic Resources (BFAR).

Past efforts to complete the database moved at a snail’s pace when the whole operation was paper-based. The old system led to only 50,000 registered fisherfolk out of the estimated 1.9 million in the country.

“Many of the coastal areas are hard to reach. We have 7,107 islands. Where the islands are, the fisherfolk are also. It’s very difficult for them to come from there to go to the municipality to register themselves,” said Melannie Guerra, National FishR Coordinator.

After putting the database online and making standardized registration forms, the number of registered fisherfolk went up to 600,000.

With the tablets given by the DOST and Microsoft, municipal technicians under the registration program are able to input information from registering fisherfolk and upload them immediately into the online database. 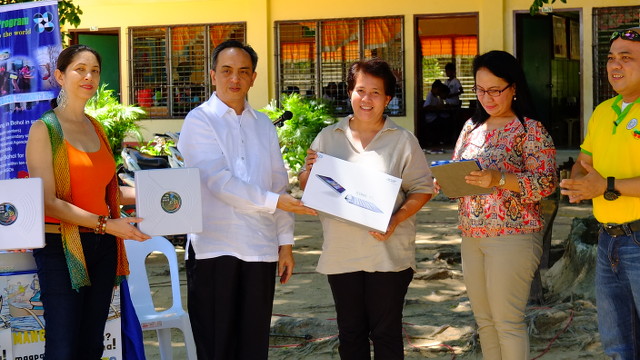 The act of registering a fisherman is not just about adding numbers to the system. It’s about giving faces to the faceless – Filipinos who get left behind by the rest of society because they live in such isolated areas.

With a database on hand, the government is able to offer healthcare and insurance. In times of disaster, it will be easier to identify casualties and the missing among the fisherfolk who are often in the frontline of natural calamities because of their proximity to the sea.

During rehabilitation, it will be easier to determine the rightful beneficiaries of fishing equipment like boats, life vests and fishing nets.

Being formally recognized as a fisherman of a certain town also gives them priority access to the town’s natural resources. By law, only registered fishermen can take advantage of the marine sanctuaries, mangroves and reefs of their municipality.

Aside from helping the fisherfolk, this prevents overfishing and promotes the sustainable use of natural resources.

Michael Avengohzado, a 40-year-old fisherman and seaweed farmer, finally registered himself last Friday. Unable to write, he answered questions from a municipal employee who inputted the information in a TV White Space-connected tablet.

“Masayang-masaya ako (I’m very happy),” he told Rappler after registering. “Para ito sa kinabukasan ng mga anak ko. Marami kaming makukuhang benepisyo (This is for the future of my children. We will get many benefits).”

Registration is only one of the many possibilities Internet connectivity can bring. Eventually, fisherfolk can use the Internet to research new ways of fishing, buy equipment without going through middlemen, and even sell their catch online.

With Internet access, those at the margins can dream bigger. – Rappler.com