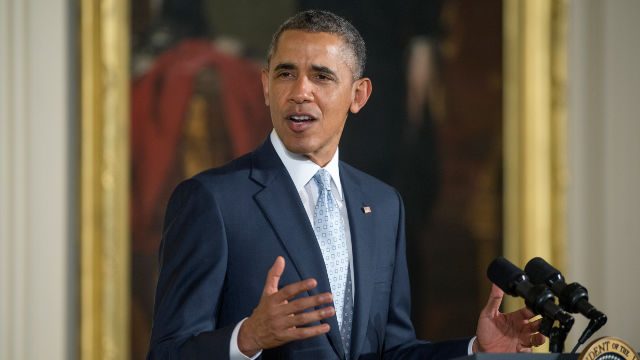 MANILA, Philippines – Defense and security will be on top of the agenda when United States President Barack Obama meets President Benigno Aquino III on April 28 to April 29.

The visit is part of Obama’s trip to 4 Asian nations. Aside from the Philippines, Obama is also visiting Japan, South Korea, and Malaysia.

(The impending meeting of President Aquino and President Obama may focus on what we call strategic partnership between the Philippines and the United States. An important part of this dialogue and cooperation has to do with defense and security)

The visit comes in the midst of the Philippines’ territorial dispute with China.

Amid ongoing tensions in Ayungin Shoal, the Philippines and the United States are in the final stages of negotiating an enhanced defense deal that would give Americans wider access to Philippine military bases.

Philippine Ambassador to the US Jose Cuisia Jr earlier said he hopes the deal would be finalized on or before Obama’s visit to the country. But Malacañang has denied accusations panels were rushing the deal in time for the US President’s trip.

During his 4-nation trip, Obama is expected to underscore his administration’s planned diplomatic and military “rebalance” towards Asia Pacific.

Coloma said the so-called “Asian pivot” is the guiding context behind Obama’s visit to the region.

US National Security Adviser Susan Rice earlier said Obama’s trip to Asia will not involve large summits, unlike many of his overseas trips, the Washington Post reported.

The same report said Obama will take a look at a new electronic vehicle in the Philippines called the “Comet” during his overnight visit.

Groups opposed to increased US presence in the country are expected to stage protests during Obama’s visit.

Coloma gave assurances that freedom of expression will be upheld, adding that police forces are prepared to maintain peace and order during the trip. – Angela Casauay/Rappler.com