Guilty or not? Verdict out soon 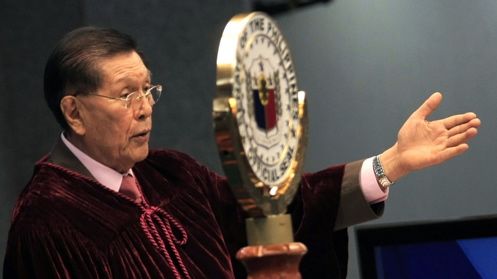 The impeachment court will be deciding the fate of impeached Chief Justice Renato Corona on Tuesday, May 29, at the latest, according to Presiding Officer Sen Juan Ponce Enrile. The announcement caps a dramatic week for the court, when Corona appeared in his own trial but walked out of it after a 3-hour testimony. His lawyers were given until Friday, May 25, to present him again and wrap up their defense for him. The Chief Justice remains in the hospital where doctors are monitoring his heart condition; he’s had two heart bypass surgeries.

Read about Corona’s walkout on Rappler