MANILA, Philippines – It was not just a lawmaker known as “Sexy” who benefited from alleged pork barrel scam mastermind Janet Lim Napoles. Even Sexy’s driver got a Christmas bonus.

This is one of the entries included in the digital records of principal whistleblower Benhur Luy. His hard drive was a plethora of files detailing Napoles’ daily transactions and activities – from the kickbacks she supposedly gave officials and their agents, to the politicians she invited to her parties, down to the tikoy (Chinese rice cake) her office purchased.

Senate blue ribbon committee chairman Teofisto “TG” Guingona III released Luy’s files to the media a day after the National Bureau of Investigation (NBI) submitted it to his office on Wednesday, May 28. The contents of the files are similar to those the Philippine Daily Inquirer reported about in its 12-part series.

The files of Napoles’ former finance officer showed that she did not just give kickbacks to the officials she dealt with, she even shouldered some of their other expenses. In an entry dated “1/6/10,” Luy wrote, “Cash for Driver of Sexy-Xmas Bonus, P5,000.00.”

Luy earlier testified that “Sexy” was the codename for one of the senators Napoles transacted with. Newspaper reports had identified Senator Jinggoy Estrada as “Sexy,” a charge he joked about but denied. He was referred to as “Sexy” because of his visible loss of weight. (READ: Sexy? Jinggoy: I don’t know Benhur Luy)

The Luy files are a dizzying collection of documents ranging from those listing individual officials’ kickbacks, draft endorsement letters, delivery and acceptance reports of alleged bogus projects, and even mp3 files of religious songs. The NBI classified them into the following categories:

Contrary to reports, Luy did not make one list of officials Napoles allegedly transacted with. Instead, he documented her financial dealings by day, month, and year from 2003 to 2012, which accounts for the volume of the files. The files consist mainly of entries with names, phrases and numbers, and are not in narrative form.

Yet an initial scan of the records equivalent to 31,700 pages yields inputs on how Napoles supposedly ran one of the country’s biggest and most sophisticated corruption scandals. Here are some things we got from the Luy files:

1. The 3 senators charged with plunder before the Office of the Ombudsman allegedly transacted with Napoles even before 2007.

Estrada, and Senators Ramon “Bong” Revilla Jr, and Juan Ponce Enrile face plunder charges for allegedly funneling pork barrel funds to Napoles’ bogus non-governmental organizations in exchange for millions of pesos in kickbacks. The case against them is largely based on the Commission on Audit report, which covered the years 2007 to 2009.

Yet Luy’s files showed that the 3 senators allegedly had dealings with Napoles even way before that. Their names constantly appeared in Luy’s records.

Socialite Ruby Tuason has admitted being a bagman for Enrile and Revilla.

Revilla’s and Estrada’s parents were also included in the files as former senators. In the file named “CA bigshot1,” former Senator Ramon Revilla Sr was listed as having a total cash advance of P11 million with the name “Rowena Meniola” under “Remarks.”

It was unclear what “c/o” means. The files though confirmed that Napoles’ aides also gave Senator Jinggoy Estrada the “Anak” codename, in relation to “Inay,” which supposedly refers to Loi. (READ: Loi Estrada also channeled pork barrel to Napoles) 2. The transactions were not limited to PDAF.

While the focus of the investigation has been on PDAF, Luy’s files listed other types of funds like budgetary insertions and savings.

A September 2005 file had the record: “ATTY. ZENY DUCUT/ARTHUR YAP-Rebate and comm of Ducut and Senator DA Savings” worth P2.5 million.

3. Bolante, Drilon, Miriam and other officials are also in the files.

Although not as frequent as the 3 opposition senators, the names of other officials, including administration allies, appear in the files.

A new entry is a “USEC BOLANTE,” with cash advance of P30,950,000. This is a possible reference to former agriculture undersecretary Jocelyn “Jocjoc” Bolante who like Napoles was implicated in the fertilizer fund scam. The file was created on June 11, 2004. 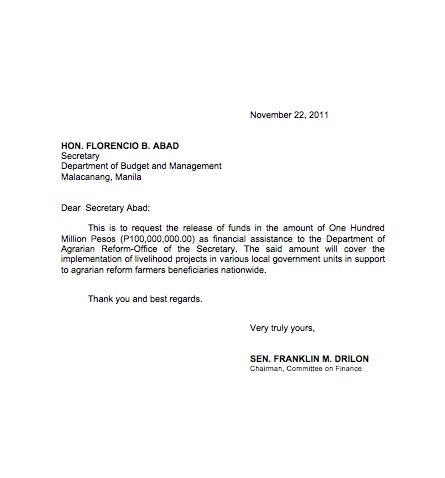 “SENATOR FRANKLIN DRILON AND FAMILY” was also included in the list of guests for “MLL 4TH BIRTHDAY IN HEAVEN,” likely referring to the fourth death anniversary of Napoles’ mother. Drilon has said Napoles was just a social acquaintance.

Also in that guest list was “SEC RENE VILLA AND FAMILY,” a possible reference to Drilon ally Rene Villa, who resigned as acting chairman of the Local Water Utilities Administration after he was linked to Napoles. An entry dated 2/24/10 also listed, “Sec. Villa-Office (15 Instruction) – 500,000.00.”

Like Drilon, Senator Ralph Recto’s name appeared in a draft letter to Agrarian Reform Secretary Virgilio delos Reyes. Recto has since obtained a letter from Reyes’ office that he wrote no such letter. As then Taguig Representative, Senator Alan Peter Cayetano was listed as having a Department of Transportation and Communications project involving the supply of communication equipment. The project was P3 million with the remarks “VLL.” He has denied receiving any money from Napoles and knowing a “VLL.”

Napoles did not just focus on high-level officials. To cover her tracks, she also allegedly paid off inspectors and auditors on a regular basis. Napoles also made sure she remembered officials’ birthdays. There was one file with the heading “List of Friends and Birthdays” which included “HON. CONRADO MASONSONG ESTRELLA.”

She also supposedly gave money to people connected to her graft case involving the purchase of Kevlar helmets for the Marines. One entry on March 14, 2005 stated “KEVLAR GUYS c/o Ada Flores” worth P5,000. (READ: How Janet Lim-Napoles got away)

While the details and entries may be intriguing, only Luy’s testimony and supporting documents can make sense of what the names, phrases and numbers mean. – Rappler.com