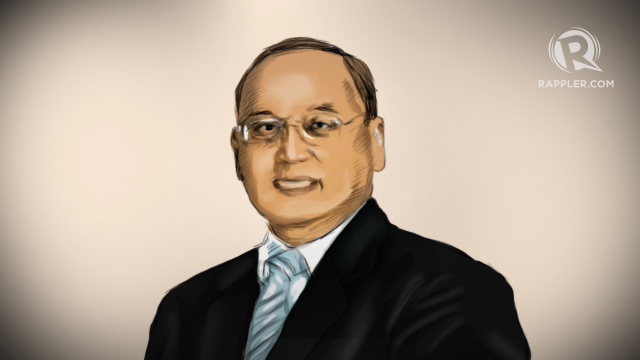 MANILA, Philippines – Department of Budget and Management (DBM) Undersecretary Mario Relampagos faces 42 counts of graft before the Sandiganbayan, the most of any government personality among those charged Monday, June 9, over the illegal diversion of lawmakers’ development funds.

“Relampagos is included in all 42 newly-filed informations for violation of anti-graft law,” lawyer Renato Bocar, interim spokesperson for the anti-graft court Sandiganbayan, said in a text message.

For over P1 billion ($22.89 million*) in Priority Development Assistance Fund (PDAF) releases, Relampagos is accused of “causing undue injury to the government.”

The amount was supposed to fund community development projects but were siphoned off for kickbacks of those involved in the scam. (READ: Web of lies: Faces behind the prok barrel scam)

It is the DBM that issues Special Allotment Release Orders (SAROs) for the release of lawmakers’ PDAF to implementing agencies. The SAROs later became the Ombudsman’s basis in determining how many counts of graft were filed against each of the accused in the PDAF scam.

In his testimony, scam whistleblower Benhur Luy tagged Relampagos as one of alleged scam mastermind Janet Lim Napoles’ contacts at the DBM who helped fast-track the illegal transactions with government. Luy is Napoles’ former employee, who kept records of her transactions.

Along with Relampagos, senators Ramon Revilla Jr, Juan Ponce Enrile and Jinggoy Estrada, Napoles, and other personalities were charged with graft for conspiring to channel the millions in public funds to Napoles-controlled organizations. (READ: JPE, Estrada, Revilla charged with graft)

It was a violation of Section 3(e) of the Republic Act 3019 or the Anti-Graft and Corrupt Practices Act, punishable by a 6- to 15-year imprisonment, permanent disqualification from public office, and government seizure of assets for whatever amount they gained.

Revilla, Enrile, Estrada, and Napoles were earlier indicted for plunder, separate from the graft charges, for stealing a combined P597 million in PDAF. The plunder charges were filed last June 6. (READ: 3 PH senators charged with plunder over PDAF scam)

Bocar also added that the anti-graft court decided not to conduct a special raffle of the PDAF scam cases.

“No special raffle before Friday. But whether or not PDAF cases will be included in the regular raffle will be known Friday yet,” he said in another message.

The regular raffling of cases to determine who among the Sandiganbayan judges and which of the 5 Sandiganbayan divisions will be handling the cases filed is scheduled every Friday.

A special raffle can be conducted, however, on any day. Any party to the case may file a motion for a special raffle. The Sandiganbayan can also motu propio or on its own initiative hold a special raffle “if there’s a valid and urgent reason for such.”

Bocar said the decision not to hold a special raffle on the PDAF scam cases was “a matter of judicial courtesy” to the Supreme Court (SC).

The SC committed to act on Ombudsman Conchita Carpio-Morales’ request for the creation of at least two special court divisions within the Sandiganbayan to try the PDAF scam cases.

During its en banc session on Tuesday, June 10, the SC ordered the Sandignbayan and the accused in the PDAF scam to comment on Morales’ request. (READ: SC seeks Sandigan’s side on PDAF special courts)

Meanwhile, Estrada’s lawyer Alexis Abastillas said her client’s consolidated motion for judicial determination of probable cause was filed only Tuesday.

Abastillas said the motion was revised in accordance to the charges filed only Monday.

On Monday, a courier came to the anti-graft court to file the motion in Estrada’s behalf around mid-afternoon. The courier immediately left and refused to speak with the media.

With the motion now filed, the issuance of an arrest warrant against Estrada is held in abeyance. The Sandiganbayan is expected to require the Ombudsman to answer Estrada’s motion.

Only when the Sandiganbayan sustains the Ombudsman’s finding can the arrest warrant be issued. – Rappler.com