What does it mean to be Filipino?

Jun 20, 2014 10:42 AM PHT
Gerard Lim
Facebook Twitter Copy URL
Copied
Filipinos are said to suffer from identity crisis, but what's wrong with that? 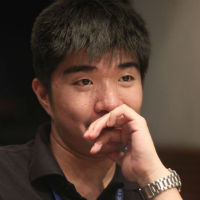 One of the first things taught in school are the origin stories. It’s normally how children are introduced into history. It’s logical after all to begin learning about a chronology, chronologically.

These are the stories of how the ancients saw the world, how they understood it, and how they saw themselves within it. One of the more memorable origin stories is the story of mighty Bathala “baking” to make the perfect human.

The fact that brown skin was “just right” struck a chord with me. I was far from the image of the Pinoy. My skin was fairly white, not brown. My eyes were so chinky they’d disappear when I smiled.

I grew up having trouble identifying myself as a Filipino. As much as I tried, my appearance made most people see me as Chinese and not Filipino. And I’m not alone in this.

Kathleen Yu, a UP Diliman student, experienced this kind of judgment on a plane ride home as two Overseas Filipino Workers (OFWs) she sat next to said she cannot be Filipino because of her complexion. She laments how Filipinos are more accustomed to identifying each other through differences rather than similarities. (READ: My Tsinoy dilemma)

These differences become so rigid that we’re constantly defined by them. This is what one Pinoy in Malaysia had to deal with. Paolo Mangahas narrated how he had to choose between 4 racial categories: Malay, Chinese, Indian and Others. (READ: Races are like mixed rice)

Apparently, appearance is the biggest factor for most people when it comes to identity. This is not surprising because appearance is what most people have access to. It’s not like one can readily see what heritage a person identifies himself/herself with. 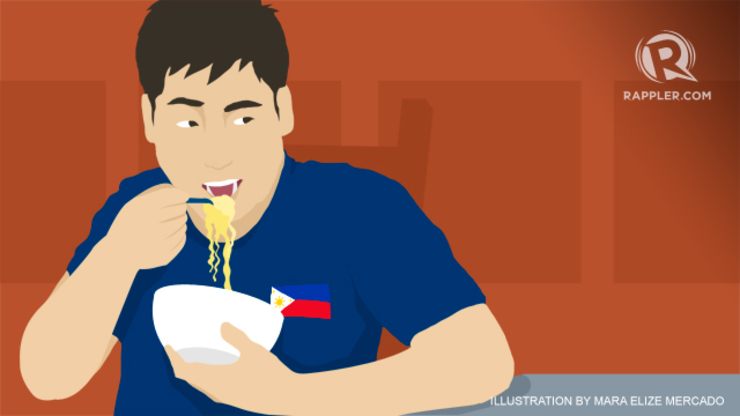 Is being kayumanggi the only thing that makes a Filipino? Erin Sinogba, a writer, puts the Filipino identity in question. She says there is a dominant construction of what it means to be Filipino. The problem, however, is that it does not accommodate the “cultural panorama” of Filipino experiences. Each person who identifies himself/herself as Filipino contributes his/her diverse background and experience to what it means to be Filipino. (READ: Pinoy diversity in a hyper-connected world)

Even Filipinos who leave the country and grow up in other nations still identify themselves as Filipino in one way or another. Reina Reyes looks at Jose Rizal and how he traveled Europe, adopting things from various cultures in hopes of bringing them back to the Philippines. She says the chance to experience other cultures helps us realize that things don’t have to be the way they’ve always been. (READ: Coming home)

Is the Filipino really just the kayumanggi person who goes to Catholic mass every Sunday and eats adobo? What does it mean to be Filipino when most of Philippine history is a construct of colonialism?

Not everyone might agree but I’m off the sentiment that being Filipino is a choice.

As humans, we have the liberty to choose how we define ourselves. We might not completely be free from the ties that bind – heritage, appearance, upbringing, etc, – but that does not mean we cannot build our identities around them.

The Persian poet Jalāl ad-Dīn Muhammad Rūmī is believed to have said “If light is in your heart, you will find your way home.” I believe this light to be a certain openness, where one simply chooses to live without confining oneself or others to pre-conceived categories.

Be it about being Filipino or anything else, we are free to find our place, our home. One author says at home that we can find solace and joy in a world of suffering and difficulties. (READ: ‘Mundo ang tahanan ko’)

I might not be able to blend in perfectly in most communities in the Philippines but I still choose to see myself as Filipino. I might speak English with an accent, look Chinese, and prefer ramen over adobo but that doesn’t mean I live an existence separate from other Filipinos.

The experience of frustration while taking the MRT, of anger when I find out hard-earned taxes are landing in the pockets of the corrupt, of sadness in seeing the devastation of every calamity, and of joy in seeing our countrymen unite to come to the aid of those afflicted with disaster – all of these are my experiences as well.

These are the issues that face my country and I also want to take a part in them. – Rappler.com

Gerard Lim or “Rucha” is a 5th year Communication major at the Ateneo de Manila University with minors in Philosophy and Literature in English. He is a Buddhist who is deeply interested in seeing into the nuances and philosophical roots of all things while finding wonder and humor along the way.