Hitches in repair of PH air field in Spratlys 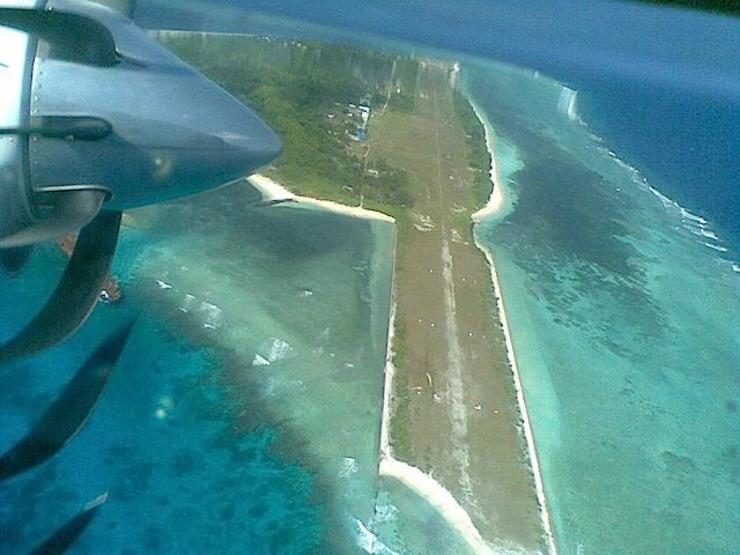 MANILA, Philippines – The Philippine Air Force (PAF) has been pushing for the repair of the damaged Rancudo Air Field in Pag-Asa (Thitu), the biggest island that the country occupies in the disputed Kalayaan Group of Islands (Spratlys). Portions of the 1.3 kilometer runway are eroded. Aircraft can still land but repairs are needed “for security purposes.”

Hitches delayed the project for years and now China is using the repair plans to defend its reclamation activities in neighboring reefs. (READ: PH protests new China moves in Spratlys)

“We are addressing that (repair of runway). Nagkaroon lang ng mga hitches during the previous years. May time na kinulang yung funds. We looked for funds but now may pondo na naman….. Bottomline, we need to repair that. The requirements are being addressed now,” Air Force chief Lieutenant General Jeffrey Delgado told reporters on Wednesday, June 18.

A winning bidder was declared for the first stage of the project, covering dredging activities to provide ships an approach to the island so construction material can come in. The repair of the runway will follow.

“The second part of the project is for the runway itself so right now we are content with the navy project first, and hopefully it will be finished this year,” said Major General Edgar Fallorina, PAF chief of air staff.

Delgado said they have to be “careful” in proceeding with the repair, however, considering the escalating tension in the West Philippines Sea.

“We have to be careful…We have to clear it again with the national government if we can pursue this one. Right now, there are still plans but we still have to clear this,” Delgado said.

China cited the repair plans in Pag-Asa in its recent statement rebuffing the call of the Philippines to stop its reclamation activities in the West Philippines Sea.

Chinese Foreign Ministry spokesperson Hua Chunying said Monday, June 16: “The Philippine side, on the one hand, intentionally takes provocative actions while, on the other hand, makes irresponsible remarks on China’s legitimate actions which are within China’s sovereignty. That is unjustifiable.” (READ: China turns tables on PH over ‘moratorium’ on tensions)

Aside from the airstrip, the Philippines is maintaining a town hall, a military outpost, a health center, and a school on the island. – Rappler.com