Jul 3, 2014 8:09 PM PHT
Buena Bernal
Facebook Twitter Copy URL
Copied
Sandiganbayan Justice Rafael Lagos points out the evidence cited in the charge sheet against Budget Undersecretary Mario Relampagos has nothing to do with his own office 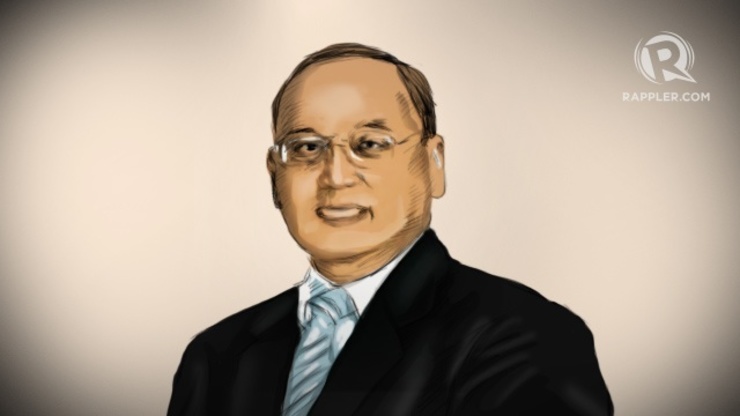 MANILA, Philippines – Ombudsman prosecutors handling the pork scam cases took a hit for yet another set of charge sheets based on evidence not directly linked to the accused.

In a hearing at the anti-graft court Sandiganbayan Thursday, July 3, Justice Rafael Lagos pointed out that the evidence used in the charge sheets against Department of Budget and Management (DBM) Undersecretary Mario Relampagos and other DBM officers were not directly connected to their offices.

“Who are the signatories of the SubARO [Sub-Allotment Release Order]? You don’t know? I’m going to help you,” Lagos told the prosecutors.

A SubARO, as defined by the budget department, is a specific authority issued by the central office or regional office of a department or agency to its lower operating units which allow them to incur obligations during a specific period. In contrast, a SARO is issued by the DBM itself to identified agencies.

The justice quizzed the prosecutors if they knew the difference between the two different budget release orders.

Assistant Special Prosecutor Jacinto Dela Cruz simply answered that the information or charge sheet was based on the testimonial evidence of principal state witness Benhur Luy.

But the SAROs were the subject of the probe of the Ombudsman during the preliminary investigation on the cases related to the diversion of lawmakers Priority Development Assistance Fund (PDAF) to fictitious projects of dubious non-governmental organizations controlled by businesswoman Janet Lim-Napoles.

In its joint resolution approving the indictment of the accused in the PDAF scam, the Ombudsman cited the signed SAROs as evidence against the now-indicted DBM officers.

But in its charge sheet or information filed before the court, the Ombudsman instead cited SubAROs as evidence to prove the graft charges against them.

Lagos pointed out this change: “In the joint resolution, you only listed the SAROs.”

“You said Relampagos signed the SAROs. But in the information, you changed it to SubAROS, which their office has nothing to do with,” Lagos added.

In his omnibus motion for reconsideration on the court’s finding of probable cause against him, Relampagos pointed out that he signed only 5 of 12 SAROs cited in the probe against him. (READ: Budget exec faces graft charges for PDAF releases)

He said he signed the 5 SAROs only as “substitute signatory” of then DBM Secretary Rolando Andaya Jr.

Lagos echoed the same point during the Thursday hearing, even questioning if the prosecutors knew about the wrong count in the first place.

Lagos added that the number of SubAROs allegedly linked to Relampagos was not clearly indicated in the charge sheets.

“I was looking at the information. You indicated the number of the disbursement vouchers. But the SubAros or the Notice of Cash Allocations, you could not indicate the numbers,” he said.

Relampagos is charged with 42 counts of graft, the highest number of graft charges against any public officer in the first batch of cases filed before the court.

Justice Lagos is a member of the Sandiganbayan’s 1st division, which is hearing the cases of Revilla and his co-accused. (READ: Sandiganbayan assigns plunder, graft cases)

Motion to be resolved

In the end, the court gave the prosecutors 5 days to file a reply to the motion of Relampagos and other DBM officers. Relampagos’ camp was given another 5 days from receipt of the reply to file their rejoinder.

The motion is deemed submitted for resolution once the rejoinder is filed in court. – Rappler.com