Gigi Reyes to be detained in Taguig jail 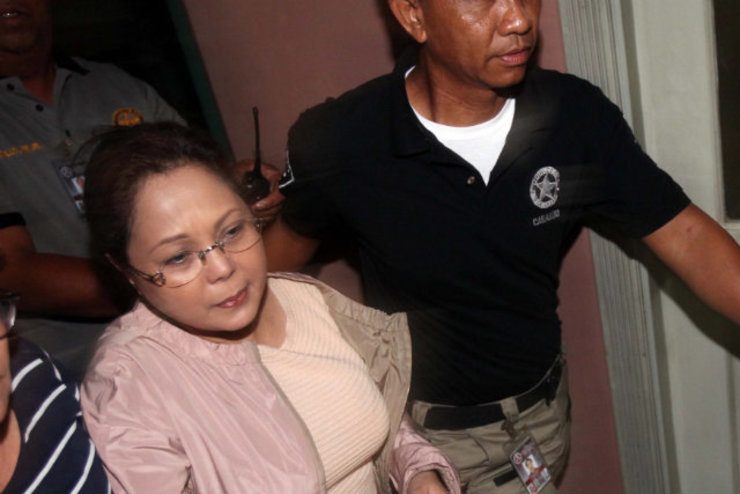 On the same camp, authorities are holding terrorism suspects, among them members of the Moro National Liberation Front who participated in the siege of Zamboanga City in 2013, and suspects in the 2009 Maguindanao massacre.

The anti-graft court Sandiganbayan on Wednesday, July 9, denied her motion to be transferred to the Philippine National Police (PNP) Custodial Center, where senators also charged for the illegal diversion of development funds are detained. (READ: How things went wrong for Gigi Reyes)

The Sandiganbayan’s 3rd division issued the commitment order Wednesday afternoon. Reyes had been staying at a female-exclusive cell at the Sandiganbayan building since her original jail in Quezon City said it could not accommodate her.

Reyes is the former chief of staff of Senator Juan Ponce Enrile. They are both charged with plunder and graft for allegedly earning millions of pesos in kickbacks by allowing Enrile’s Priority Development Assistance Fund (PDAF) to fund bogus projects of non-governmental organizations. (READ: ‘The Boss’ and Gigi Reyes)