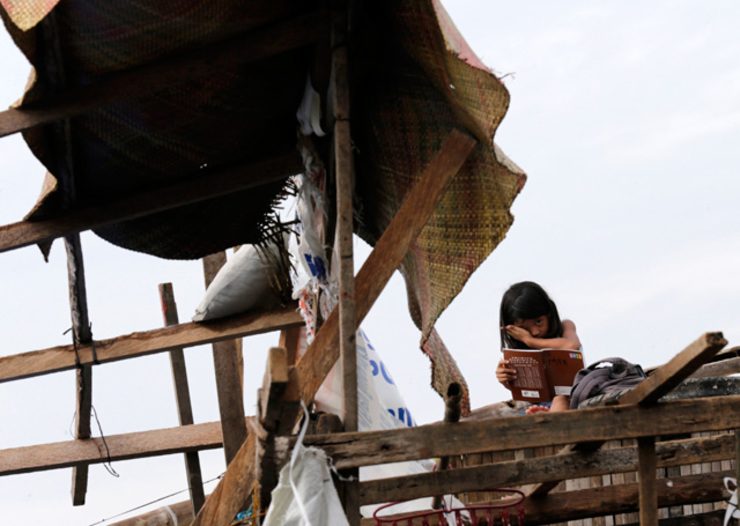 MANILA, Philippines – The Department of Education (DepEd) on Thursday, July 17, said it will take up to a week to assess how many schools were totally or partially damaged by Typhoon Glenda (Rammasun).

This is why the department is asking for the public to help in reporting damage in schools near them. (READ: 5 steps to disaster-ready, climate-resilient communities)

(In damage assessment, we’re calling on the public, especially the social media savvy, to participate in reporting school damage by sending us photos, or other relevant information.)

As of 8 am Thursday, a total of 115 school divisions and 25,856 schools in 12 regions were affected by Typhoon Glenda which first made landfall in Albay and moved across Southern Luzon in less than 24 hours. (READ: #GlendaPH: What’s happened and how to help)

With a total of 162 school divisions in these regions, the department has yet to make contact with the rest of the divisions located mostly in Calabarzon, Mimaropa, and the Bicol region.

A total of 187 schools were used as evacuation centers, but Education Secretary Armin Luistro said official counts may be higher.

To date, the department reported no casualties among students and education personnel.

Super Typhoon Yolanda, which wreaked havoc in parts of the Visayas last November 2013, is the strongest typhoon to make landfall in recent history. (READ: No Yolanda rehab plan amid Typhoon Glenda)

“The good thing is there were more than enough early warnings…the suspensions were really preemptive in nature,” he said.

When asked to assess the preparations, Laguda said everyone seemed ready, learning from the lessons of Yolanda. (READ: New classrooms in Yolanda-hit areas ready by end-2014)

(The warnings were good. Almost all suspensions were early, everyone was alert, even media was really pushing information out. Our schools are always informed to keep [their] records safe, keep [their] equipments secured.)

The department has been allotted P650 million ($14.9 million) for its 2014 Quick Response Fund – higher than the annual P500 million ($11.5 million) in previous years. (READ: Build back better: Lessons from Japan)

After damage assessment in the most affected areas, the department will work on putting up makeshift classrooms as well as doing quick repairs on schools not heavily affected by the typhoon. (READ: What goes into the building of classrooms)

The goal is to resume classes as soon as possible – the department’s protocol every after disaster. (READ: How schools can help kids heal from disaster trauma) – Rappler.com