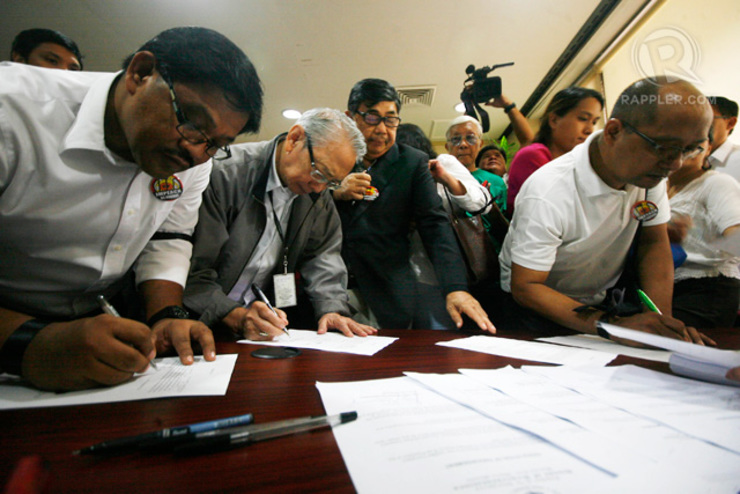 MANILA, Philippines (UPDATED) –  The first valid impeachment complaint against President Benigno Aquino III was filed on Monday, July 21, over his controversial budget spending program called the Disbursement Acceleration Program (DAP). It was endorsed by 3 representatives from the leftist Makabayan bloc in the House of Representatives.

The House has the exclusive power to initiate the impeachment process. Two complaints were earlier filed before the legislative chamber but these were not valid because no representative endorsed them.

Barring technical issues, the House committee on justice is mandated to tackle the complaint signed by 28 individuals who campaigned against the DAP and the pork barrel.

(The impeachment complaint can be read below this article.)

“This is the first valid complaint. There’s a presumption of regularity because of the endorsement…. We’re ready. I will ask for advance copy but, officially, it won’t be referred [to the committee] until the SONA (State of the Nation Address),” House committee on justice chairman Iloilo Representative Niel Tupas Jr told Rappler. The President will deliver his SONA next Monday, July 28.

It would be the first impeachment hearing against Aquino, who controls both chambers of Congress, continues to enjoy popularity despite a sharp drop in public opinion ratings, and, as president, used the impeachment process to remove the leader of another branch of government, then chief justice Renato Corona.

“We will give it the utmost priority in the committee on justice. It is a priority more than the bills on the Judicial Development Fund and other matters,” Tupas added.

Administration allies doubt that any impeachment complaint against the President would prosper beyond the committee.

The House of Representatives is packed with the President’s Liberal Party and coalition partners such as the Nacionalista Party and Nationalist People’s Coalition, among others.

“I will withhold my comment but at the end of the day it will be a numbers game because it’s a political process,” Tupas said.

The committee may be bypassed, however, and the impeachment complaint can succeed if proponents are able to muster 97 votes to impeach the President. But that’s a tall order. 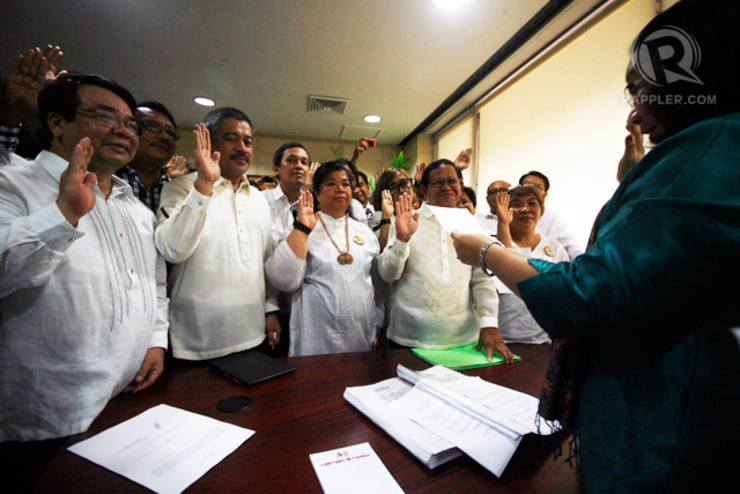 It’s the first time for Makabayan to endorse an impeach bid against Aquino. The party-list representatives used to be allied with the administration as members of the majority bloc in the previous 15th Congress. They supported, among others, the impeachment of Corona. Bayan Muna Representative Neri Colmenares himself was a member of the House prosecution panel during the impeachment trial of the dismissed chief justice.

Makabayan left the majority bloc in the 16th Congress.

The complaint accuses Aquino of culpable violation of the Constitution and betrayal of public trust.

It reads: “The basic thesis of this Impeachment Complaint is that through the Disbursement Acceleration Program (DAP), President Benigno S. Aquino III as Chief Executive centralized and controlled public funds, through disingenuous acts and practices, and turned it into his own Presidential pork barrel, in violation of the Constitution and laws, constituting a usurpation of the power of the Legislature and a mockery of the principle of separation of powers and check-and-balance in government.” At least 28 individual complainants signed it.

The Supreme Court has declared several acts under DAP unconstitutional. But the President has said the unanimous verdict was difficult to accept and understand.

Reyes claimed the complaint gained ground after Aquino’s widely criticized July 14 televised address on the DAP, where the chief executive slammed the justices and made declarations that sounded like an impeachment threat against them.

“Yellow cheerleader Akbayan wants to trivialize the proceedings, thus adding its voice to the chorus of Aquino allies in the Lower House who vow to stand in the way of truth and accountability,” he said. 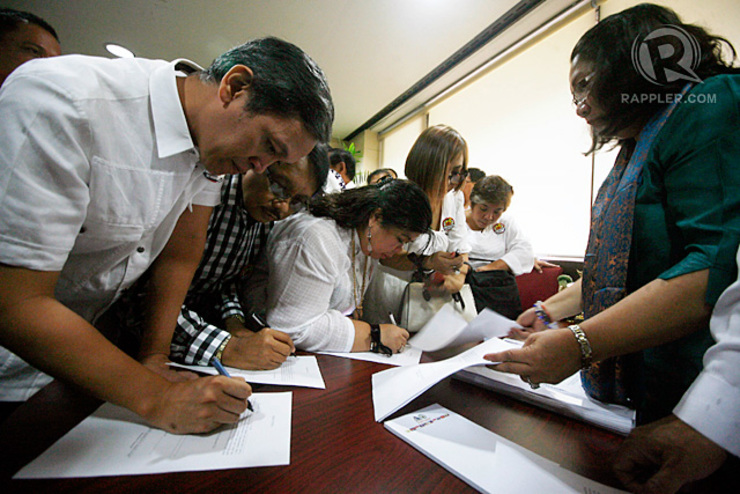 He added: “Akbayan, whose leaders occupy various positions in the Aquino government, took nearly four days before actually saying anything about the President’s DAP speech. They have shamelessly jumped on the ‘good faith’ bandwagon of Aquino apologists. Akbayan has shown itself to be more interested in keeping itself in power, rather than fighting for the interests of the people in the matter of DAP and presidential pork.”

Akbayan supported Aquino in the 2010 presidential election; one of Aquino’s senatorial bets then was former Akbayan Representative Risa Hontiveros.